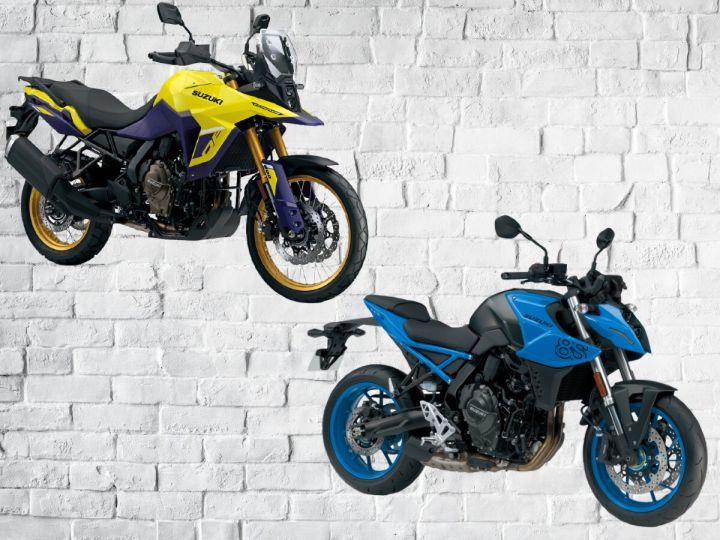 Suzuki has pulled the wraps off the new GSX-8S streetfighter and the V-Strom 800DE at EICMA 2022 in Italy. This is an all-new platform from the Japanese manufacturer and will cater to the popular middleweight segment.

The Suzuki GSX-8S and the V-Strom 800DE are powered by a new 776cc, liquid-cooled, parallel-twin engine with a counterbalancer for enhanced refinement. This engine gets a 270-degree firing order for a raspy exhaust note and accessible torque through the rev range.

In the GSX-8S, this engine belts out 82.9PS at 8500rpm and 78Nm at 6800rpm. While the power output is a bit underwhelming compared to the likes of the Triumph Street Triple R, its torque is on par with the rivals and is accessible at a comparatively lower end of the rev range, making it a great urban weapon.

For the ADV, Suzuki has tuned the engine differently, and it now produces 84.3PS at 8500rpm and 78Nm at 6800rpm. The performance is lesser than the likes of the Triumph Tiger 900 and the BMW F 850 GS; however, both the bikes have bigger engines.

The GSX-8S adapts the Japanese bikemaker’s new design language seen on the GSX-S1000. It gets a vertically-stacked LED projector headlight, big tank extensions and a compact tail section.

The middleweight naked uses a perimeter frame with a bolt-on subframe. This chassis is suspended onto a KYB USD fork and a monoshock. For braking, Suzuki has employed twin 310mm discs up front and a 240mm disc at the rear.

The Suzuki GSX-8S gets a five-inch TFT console; however, it doesn’t get any connectivity features. Electronic aids on the bike include three-mode traction control system and Suzuki Drive Mode Select (SDMS), ride-by-wire throttle, and bi-directional quickshifter.

The Suzuki V-Strom 800DE’s styling is inspired by the V-Strom 1050XT, so it gets the similar, vertically-stacked LED headlight, stubby beak and long tank extensions. It gets a stubby LED tail light and compact LED indicators. Unlike the V-Strom 650XT, the 776cc bike looks slimmer and adapts the maxi-enduro styling.

Suzuki’s middleweight adventure bike gets an all-new steel frame. For suspension, it gets a fully adjustable Showa suspension with 220mm travel at the front. Dropping the anchor on this are twin discs at the front and a single disc at the rear. Being a true-blue ADV, it gets 220mm ground clearance, and a 20-litre fuel tank.

Just like the streetfighter sibling, the V-Strom 800DE gets a bunch of electronic aids like switchable ABS, three-mode traction control, bidirectional quickshifter, ride-by-wire and four riding modes. All of these can be accessed by a five-inch TFT display.

The launch timeline of the Suzuki GSX-8S and V-Strom 800DE has not been revealed yet. While it is too soon to comment on the India launch, we hope Suzuki brings it to our market to take on the Triumph and BMW bikes. 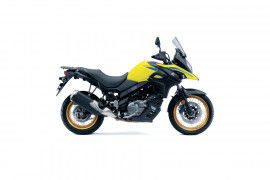 All Comparisons of V-Strom 650XT