After The SXR160, Could Piaggio Bring Its Own Big Maxi-scooter To India?

The Beverly is offered in two engine displacements: 300cc and 400cc 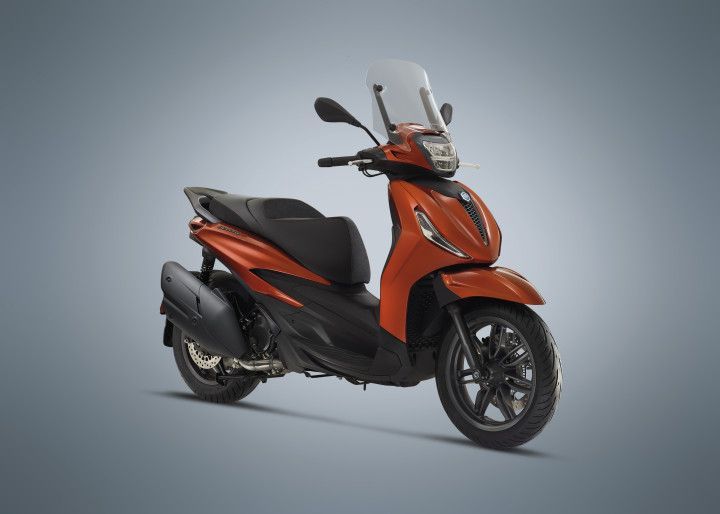 Italian firm Piaggio is well known for its commercial vehicles in India. It currently doesn’t operate in the personal vehicle space on its own but via Vespa and Aprilia. Globally though, Piaggio does reasonably well in the scooter space, especially with its large-capacity offerings. Its Beverly range of scooters has now received a comprehensive set of updates.

The Beverlys are Piaggio’s maxi-scooter series of scooters meant to take on the likes of the Suzuki Burgman, the Honda Forza, and Yamaha TMax. For 2021, the Beverly will be available in two aesthetic variants, standard and S, each with the option of two engines. In photographs, the slim proportions might deceive you into thinking that it is a compact little runabout. It looks lean and mean, quite like a moto-scooter. But we guess when you do get astride the scooter, you will find it to be properly maxi.

LED lighting isn’t new for the Beverly scooters, with the Italian firm already kitting the previous-gen scooters with the advanced lighting tech. The new bits on the scooter are the 5.5-inch LCD info cluster with handlebar-mounted switches to toggle through the data on the fly and keyless operation. You also get a smartphone connectivity module on the larger 400cc version.

You can choose between a 300cc HPE and a 400cc HPE powerplant for your Beverly scooter. The smaller unit makes 25.8PS and 26Nm, which Piaggio claims is 23 percent more power and 15 percent more torque than the outgoing engine with the same displacement. The 400cc mill produces 35.4PS and 37.7Nm, which is considerably more than the old 350cc engine it replaces.

While the double-cradle frame of the Beverly remains more or less unchanged, the Showa-sourced suspension units are new. A 16-/14-inch alloy wheel setup is a norm for such large scooters with disc brakes anchoring the Beverly at both ends. Dual-channel ABS is standard.

The Beverly 300/400 is unlikely to ever make it to our shores. But given that Piaggio India top boss Diego Graffi has stated his intent on bringing a sub-300cc maxi-scooter to India, we could very well see the Beverly’s 300cc engine plonked into the SXR mould. Now, wouldn’t that be an interesting proposition?