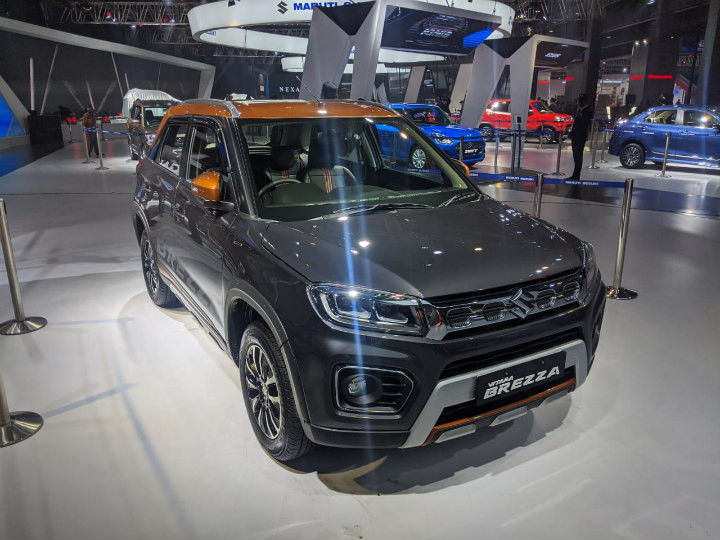 While Maruti Suzuki finally unveiled the facelifted Vitara Brezza at Auto Expo 2020, its launch date was yet to be revealed, until now. We now know that Maruti Suzuki will launch the facelifted SUV around mid-February. The biggest change in the facelift is that the sub-4m SUV will be powered by a BS6-compliant 1.5-litre engine, replacing the 1.3-litre DDIS motor. Rivals include the Hyundai Venue, Ford EcoSport, Tata Nexon and the Mahindra XUV300.

Cosmetic updates on the outside include new front and rear bumpers, new LED headlamps,  10-spoke dual-tone alloy wheels and new LED tail lamps. It also gets a revised grille that features two slats cladded in chrome, and distinct LED DRLs. It also gets a new Granite Grey paint option with an orange coloured roof.

The BS6-compliant 1.5-litre K15B petrol engine in the Vitara Brezza facelift produces 105PS and 138Nm. It also features Maruti’s Smart-hybrid system as well as an auto start-stop system, however, only the 4-speed automatic variants can avail of this Smart hybrid system. A 5-speed manual transmission is the other gearbox option on offer. While the 1.3-litre DDIS diesel mill has been given the boot, a diesel variant could make a comeback in the form of a 1.5-litre DDIS depending on market demand.

Expect the petrol Vitara Brezza to be launched with a price similar to the current diesel variant which starts from Rs 7.62 lakh (ex-showroom). It will take on the likes of the Hyundai Venue, Ford EcoSport, Mahindra XUV300, and the Tata Nexon.