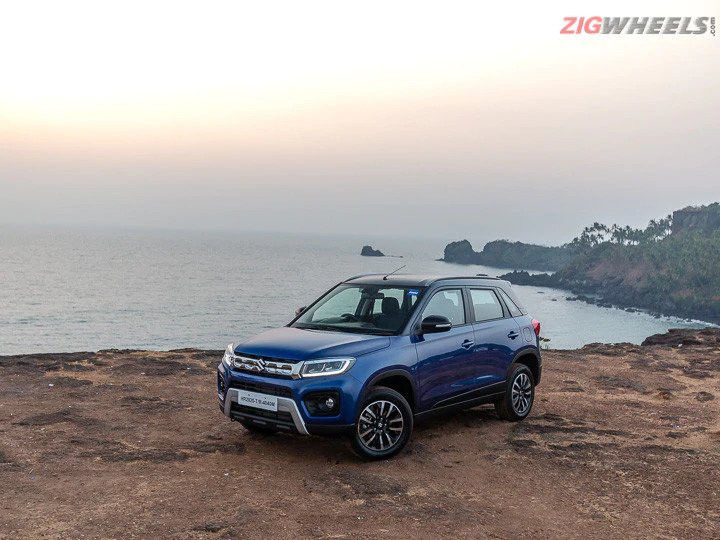 The joint venture between Toyota and Maruti Suzuki could give us a new car real soon as our sources suggest Maruti could soon commence the supply of the Vitara Brezza sub-4 metre SUV to Toyota Kirloskar Motors. This comes shortly after Toyota filed a trademark application for the name Urban Cruiser, which is confirmed to be the name of the rebadged Vitara Brezza SUV.

Details about the Toyota-badged Brezza are still scarce, but like the first product from the joint venture - Toyota Glanza, expect the SUV to remain almost identical to the donor car on the outside. Aside from minor tweaks to the front end, Toyota badging and different body shades, expect exterior bits like the LED headlamps, dual-tone alloy wheels and LED tail lamps to be retained.

Expect the same treatment on the inside as well, with the only difference being a Toyota-badged steering wheel and different interior color theme.  Feature highlights in the Vitara Brezza include a Smartplay Studio infotainment with Android Auto and Apple CarPlay, cruise control, climate control, steering-mounted audio controls, a multi-info display as well as keyless entry with push-button start. Also expect safety bits like dual airbags, ABS with EBD, rear parking sensors, driver and co-driver seatbelt warning and a high-speed alert system to feature in the Toyota Urban Cruiser.

Other bits that could be retained include the powertrain. That means the Urban Cruiser could be powered by the Brezza’s 1.5-litre K15B petrol engine that makes 104PS and 138Nm of peak torque, mated to a 5-speed manual or 4-speed automatic gearbox.

Our sources suggest that the Urban Cruiser was set to launch in India shortly after the Brezza facelift, but the coronavirus lockdown put those plans to a halt since it could cause hurdles in production. Thus, it is likley to be launched around the festive season of 2020. As is the case with the Glanza, expect the Urban Cruiser to undercut the corresponding Brezza variants that retail from Rs 7.34 lakh to Rs 11.40 lakh (ex-showroom India). It is also likely to feature a better warranty package. Post launch, it will take on the likes of the Tata Nexon, Ford EcoSport, Mahindra XUV300 as well as upcoming SUVs such as the Kia Sonet and others from Renault, Nissan and Jeep.