Apart from the change of heart to a 1.5-litre petrol engine, other highlights include subtle styling revisions to the grille, headlamps, bumpers and alloy wheels. 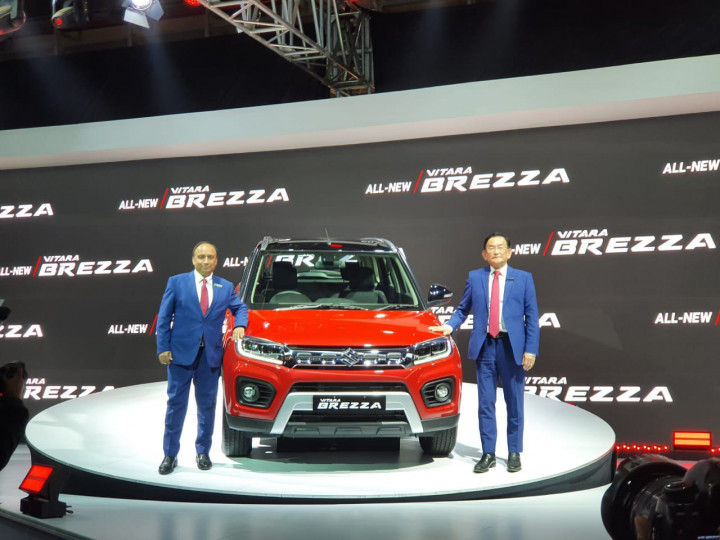 The sub-compact SUV space has seen a lot of action in the last few days with various carmakers announcing their offerings. Fending off this competition, Maruti Suzuki has unveiled the updated Vitara Brezza petrol. The biggest change to the sub-4m SUV is its change of heart to a petrol engine. The Vitara Brezza was a diesel only offering since its inception and now with the facelift, the Brezza is only available with a petrol engine. Under the hood is a BS6-compliant 1.5-litre petrol engine producing 105PS. Key rivals include the Hyundai Venue, Vitara Brezza, Ford EcoSport, Tata Nexon and the Mahindra XUV300.

The most obvious change is to the face, which now features a revised grille, new LED headlamps, bumpers, and 10-spoke dual-tone alloy wheels. The rear end also sees minor changes and comes with new LED tail lamps and bumper. The grille now features two slats that are clad in chrome, while the twin-pod headlamps make use of a distinct LED DRL.

The cabin also gets some notable updates including a 7.0-inch Smartplay infotainment system. Some features highlights include cruise control, Android Auto and Apple CarPlay, climate control, a multi-info display, and keyless entry with push-button start.

The 1.3-litre diesel engine is no more but the 1.5-litre DDIS could make a return in the near future depending on market demand. Its key rivals include the Hyundai Venue, Ford EcoSport, Mahindra XUV300, and the Tata Nexon. We expect the petrol Vitara Brezza to be priced similar to the current diesel variant which starts from Rs 7.62 lakh (ex-showroom).