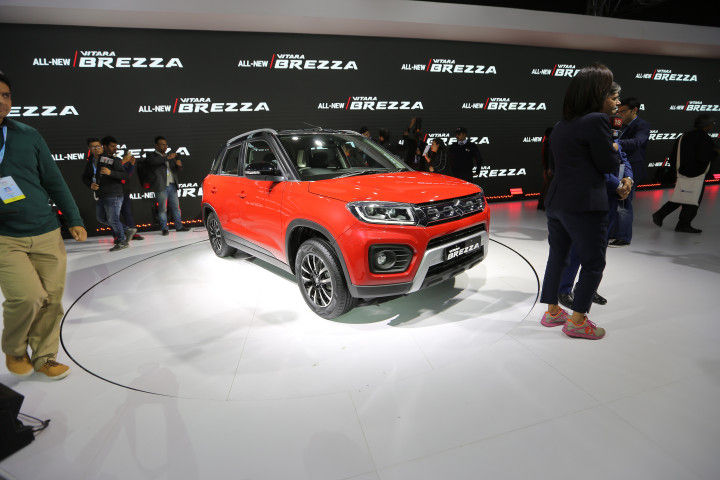 Maruti Suzuki has launched the 2020 Vitara Brezza in India with a BS6 petrol engine and two transmission options. Maruti’s compact SUV also gets a facelift and a new 12-volt hybrid system. Here’s what you need to know about Maruti’s updated sub 4-metre SUV:

The main update for the Vitara Brezza is under the bonnet. It is exclusively available with a BS6-compliant 1.5-litre K15B petrol engine which develops 105PS of power and 138Nm of torque. It is paired with a 5-speed manual and 4-speed automatic unit and a 12V mild-hybrid system which features torque assist, brake regeneration, and start-stop function. However, the hybrid system is only available in automatic variants of the SUV.

The Vitara Brezza’s 90PS 1.3-litre DDIS diesel engine will not be offered in the upcoming model as Maruti Suzuki has no plans of updating it to meet BS6 norms.

Unlike the exteriors, the interiors of the facelifted Brezza are similar to the pre-facelift model. However, if you pick the grey-orange dual-tone option, it comes with orange coloured inserts. Other upgrades include a slightly different upholstery design.

It is available in four trims: LXI, VXI, ZXI and ZXI+. The automatic gearbox is offered in the top three trims, taking the total variant count to nine.

The base-spec Vitara Brezza petrol is priced Rs 29,000 lower than its BS4 counterpart. It costs between Rs 7.34 lakh and Rs 11.40 lakh (ex-showroom) and rivals the petrol variants of the Ford EcoSport, Hyundai Venue, Tata Nexon and Mahindra XUV300.