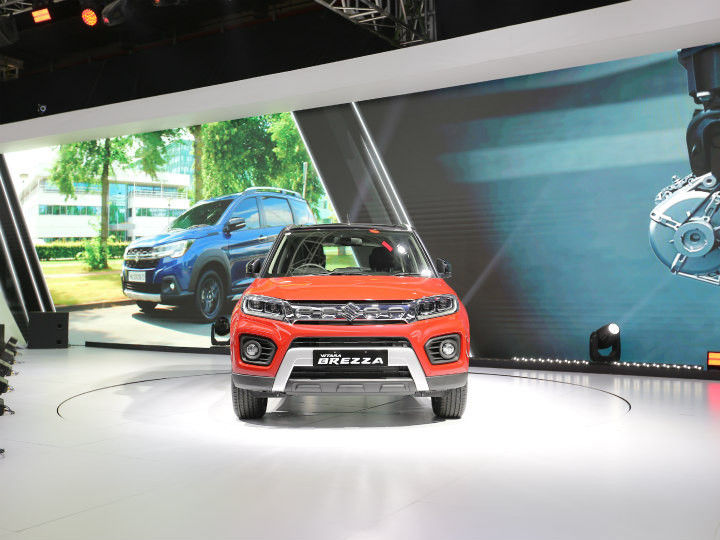 Maruti Suzuki has launched the BS6-compliant Vitara Brezza petrol in India, with prices starting at Rs 7.34 lakh (ex-showroom), a cool Rs 29,000 lower than its BS4 counterpart. However, prices for other variants have gone up by as much as Rs 1.10 lakh too. The primary reason for this seems to be the fact that the updated Brezza utilises Maruti’s tried and tested 1.5-litre K15B petrol engine instead of the oil-burner we saw in its BS4 iteration. It also sports a cosmetic update for 2020 as we saw at the Auto Expo. The Vitara Brezza petrol is available in nine variants and two transmission options. Nope, the updated model won’t be available with a diesel engine, just yet. But there could be one in the future. Here’s a detailed variant wise price list:

As seen in the table above, the base-spec LXI variant has a lower starting price than the erstwhile diesel Brezza. Even the top-spec ZXI+ and ZXI+ dual tone variants are priced lower than its diesel sibling. However, all other variants have received a price hike ranging between Rs 18,000 to Rs 1.10 lakh. It must be noted that automatic variants have received a steep price hike as they utilise Maruti's 12v mild hybrid system and a more sophisticated 4-speed torque converter, instead of the earlier AMT.

The main changes for the facelifted Vitara Brezza is under the hood. It comes with Maruti Suzuki’s 1.5-litre K15B petrol motor developing 105PS of power and 138Nm of torque. Transmission options include a 5-speed manual and a 4-speed automatic.

The Vitara Brezza BS6 also receives a cosmetic update. Highlights include a new grille, revised bumpers, LED headlamps with sharper DRLs, dual-tone alloy wheels and LED tail lamps. It is also available with three new exterior shades: red and black, blue and black as well as grey and orange. Inside, the Vitara Brezza’s dashboard layout is similar to the current model. However, if you opt for the orange-grey dual tone finish, you get orange interior trims.

The Vitara Brezza will now continue as a petrol-only model in the BS6 era. Diesel variants could make a comeback later when the BS6-compliant 1.5-litre DDIS motor hits showrooms. Rivals for the Vitara Brezza include naturally aspirated petrol variants of the Ford EcoSport, Hyundai Venue as well as the Tata Nexon and Mahindra XUV300.