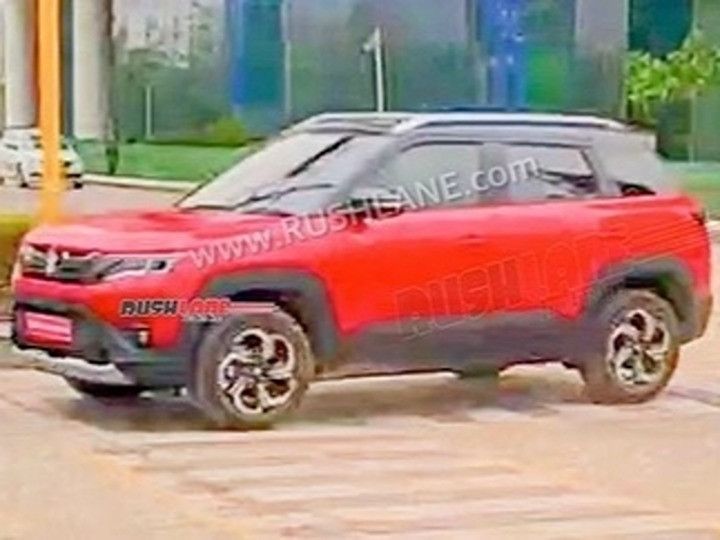 The new Maruti Suzuki Vitara Brezza has been spotted fully undisguised on an advertisement shoot. It’s an all-new subcompact SUV that’s expected to get a host of new safety features and equipment updates such as a 360-degree camera, six airbags and a sunroof. We expect its launch is just around the corner, possibly in June 2022.

From the sides, it seems that the second-gen Brezza’s sub-4m SUV footprint is intact, with chunkier roof rails and a more prominent floating roof design. The C-pillar is noticeably wider than before, too.

Although the rear fascia isn’t visible in these images, the new Brezza will get split taillights and a new “Brezza” logo on the tailgate.

Inside, the Maruti SUV will feature an all-new dashboard with a 9-inch floating touchscreen, possibly paired with an Arkamys-tuned sound system, similar to what we’ve seen in the Baleno. It’s also expected to get a host of new safety features such as six airbags, ESC, and a 360-degree camera.

Under the bonnet, the new Maruti Brezza will get the updated K15C engine that debuted in the new Ertiga. The new 1.5-litre petrol engine is tuned for 103PS and 137Nm in the Ertiga, and it could be offered in a similar state of tune in the Brezza, too. It’s likely to be paired with a 12-volt mild hybrid system. The standard 5-speed manual transmission will be retained, and you’ll get the option of a new 6-speed automatic transmission with paddle shifters.