Best Sub-4m SUV In India: Which One’s Your Pick?

Choose your favorite from our list of the best sub-4m SUVs in India! 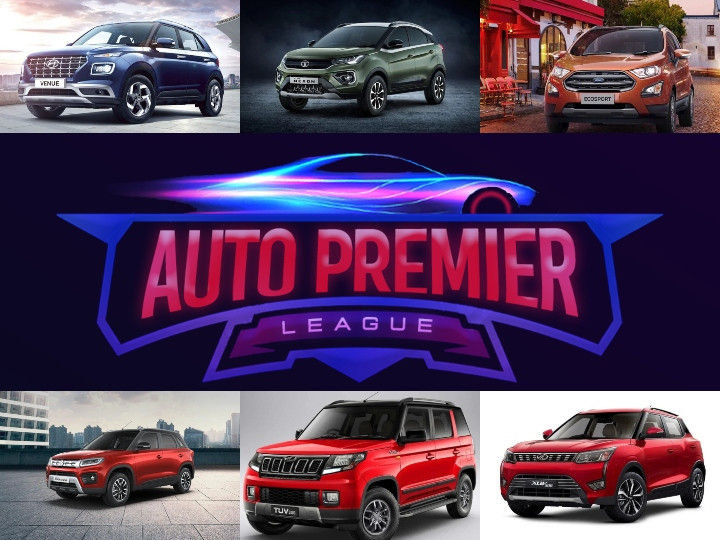 The past couple of years have seen carmakers focus heavily on SUVs in India. To be more specific, the sub-4 metre SUV segment. While they are largely similar in length, each one of them packs something different to stand out. While Maruti may have had the upper hand with the Vitara Brezza, there is some serious competition from the Tata Nexon, Mahindra XUV300, Hyundai Venue and the likes. The question then is, which one’s the ideal pick. Well, you get to answer that via the Auto Premier League awards where YOUR opinion counts. Round two of voting begins on June 10 and here are your options:

Kicking off the list of nominees is none other than the Vitara Brezza from India’s largest carmaker. It’s also the highest-selling sub-4m SUV in India. Technically, it may not have been the father of the sub-4metre segment, but its x-factor stems from its versatility, Maruti’s expansive service network, affordability and fuel efficiency.

The latest entrant to the sub-4m segment, the Venue made a mark in the segment right from the get-go. It is a global product with a design that may be polarizing to some but still looks the most striking of the lot. It offers a variety of engine and transmission combos, premium features and connected car technology to make it a feature-loaded yet pricey offering in this segment.

For more detailed information about the Hyundai Venue, click here.

Since its debut in 2017, the Nexon has earned many accolades, with the most notable one being the first made-in-India car to get a 5-star Global NCAP safety rating. It’s quite loaded with features like a sunroof, touchscreen infotainment and connected tech. But the ace up its sleeve is that this is the only car in its category that you can lap up with an electric powertrain as well.

For more detailed information about the Tata Nexon, click here.

The Ssangyong Tivoli-based Mahindra XUV300 made its debut in India back in February 2019. It boasts a plethora of segment-first features steering modes, dual-zone climate control, front parking sensors, seven airbags and heated outside rearview mirrors (ORVMs). Unsurprisingly, this makes it one of the pricier options out there.

For more detailed information about the Mahindra XUV300, click here.

Arguably the first model to push the sub-4m SUV classification in India was the Ford EcoSport, it’s well known for featuring a powerful petrol engine and a refined automatic transmission. It was also one the first vehicles in India that advertised the benefits of a smaller turbocharged petrol engine via the 1.0-litre, 3-cylinder Ford EcoBoost unit which, unfortunately, has now been discontinued.

For more detailed information about the Ford EcoSport, click here.

Mahindra’s first entry in the sub-4m SUV segment came in 2015 in the form of the TUV300. While it’s not a looker like the XUV300, it has some rugged appeal. On the positive side, it has gotten many updates over the year and yet, it is a cheaper alternative to the XUV300.

For more detailed information about the Mahindra TUV300, click here.