It is slated to launch shortly after the expo 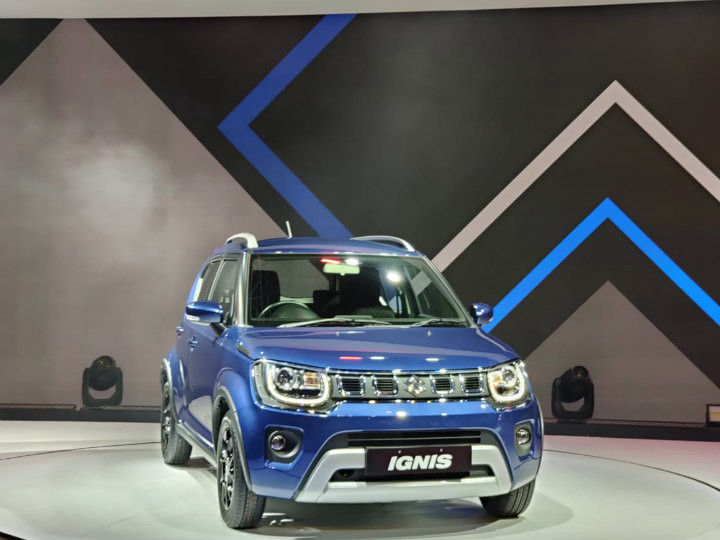 Maruti Suzuki finally unveiled the facelifted Ignis hatchback at Auto Expo 2020. This is the first update to the Ignis since its debut in 2017. It receives minor changes all over and is now powered by a BS6-compliant petrol engine. Here are five things to know about the hatchback:

On the outside, the changes are so minor you’d need a microscope to notice the difference. So, there are new front and rear bumpers with silver inserts and a grille that shares a resemblance to the S-Presso. The overall body, headlamps, and tail lamps remain unchanged. It will also be offered in five body shades: New Turquoise, Lucent Orange, Stargaze Blue Dual Tone Silver/Black and Lucent Orange Dual Tone Black.

The Ignis facelift on the inside is largely similar to its predecessor aside from a bigger boot at 275 litres. Other updates include a new 7-inch touchscreen infotainment system with Android Auto and Apple CarPlay as well as standard and urban fabric options. Carryover equipment from the older Ignis includes steering-mounted audio controls, ABS+EBD, dual airbags, and climate control.

The biggest update to the Ignis facelift is under the hood. It retains the 1.2-litre K12B petrol engine, albeit in a BS6 guise. It produces the same 83PS of power and 113Nm of torque as its BS4 predecessor, and is paired with a 5-speed manual and an AMT gearbox option. Fuel efficiency figures are yet to be revealed. The BS4 version gave a mileage of 20.89kmpl.

The Ignis facelift is slated for a launch shortly after the expo, in fact, within this month. It is likely to be priced at a premium of Rs 25,000 over the current model owing to BS6 upgrades and additional kit.

Once launched in India, the Ignis facelift will take on the likes of the Ford Figo, Maruti Suzuki Swift, and the Hyundai Grand i10 Nios.