The hatchback is available in three variants with prices starting from Rs 2.93 lakh ( ex-showroom Delhi) 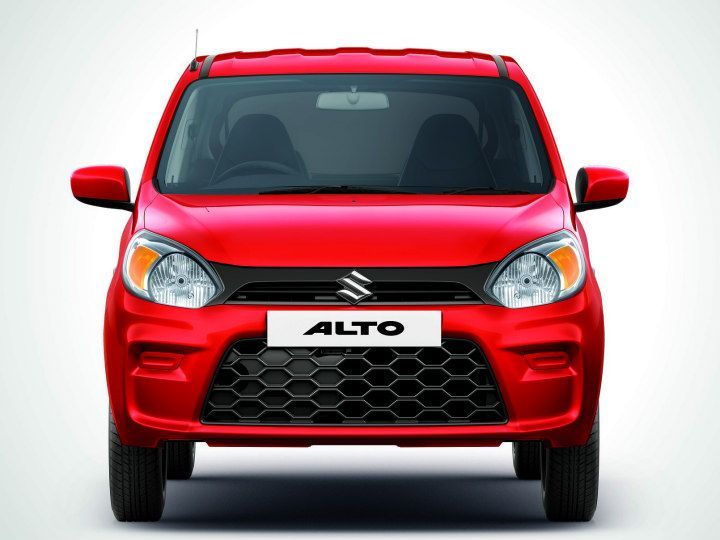 India’s best-selling car for 15 consecutive years, the Alto, has been given a facelift and some much needed updates. The updated Alto now packs safety kit that make it comply with upcoming safety regulations in India. But most importantly, it packs a BSVI-compliant engine as well. This makes the Alto the first car from the entry-level segment to comply with new emission regulations.

The front end of the car gets a major revamp. The redesigned headlights and black grille looks fresh coupled with the bumper which now sports a massive airdam. The rear of the car remains similar to the model it replaces. The hatchback now features a dual-tone cabin along with an updated dashboard and instrument cluster.

Although the Alto uses the same 796cc, 3-cylinder petrol engine that produces 47PS and 69Nm of torque, it has received revisions to the engine hardware, exhaust, and software bits to make it comply with BSVI emission norms. Maruti Suzuki claims that the emissions are now down by 25 per cent.

As for the safety kit, the Alto now comes with anti-lock braking system (ABS) and electronic brakeforce distribution system (EBD) as standard.  Other safety essentials that are now offered as standard include reverse parking sensors, a driver airbag, a speed alert system and seatbelt reminder for both front occupants. These changes are welcoming as it makes the Alto comply  with upcoming crash and pedestrian safety regulations. While the top-spec VXi variant of the new Alto gets a front co-passenger airbag as standard, it is offered as an option on all other variants. The car also comes with an integrated stereo with Bluetooth connectivity.

As for the prices, here’s a table to make your life easier:

All prices ex-showroom, Delhi.
Looking at the prices, the updated Alto is now dearer by around Rs 30,000, which seems justifiable considering the new safety kit and updated engine it has received over the old car. This along with the fact that the new Alto is future proof and ahead of new emission regulations, which will only come into place by April 2020, will help Maruti's bestseller rack up more numers on the sales chart.
Also Read:
Maruti Baleno Petrol Gets BSVI-Compliant; No Word On Diesel