38 Lakh Maruti Suzuki Altos Have Been Sold In India 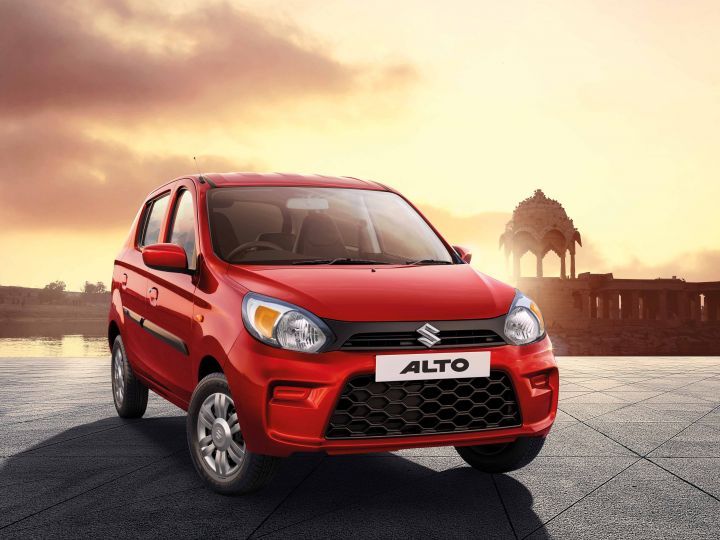 While the newly launched S-Presso is setting sales landmarks at its own pace, another small Maruti is being celebrated. The Alto is celebrating 15 years of being the largest-selling hatchback in India, and Maruti Suzuki announced today that it has sold over 38 lakh Altos since its launch in 2000.

The Alto and Baleno were the first Marutis in India converted to be compliant with BS6 norms, nearly a year before the April 2020 deadline. Ex-showroom (Delhi) prices for the Alto start from Rs 2.88 lakh for the standard petrol variant to Rs 4.09 lakh for the top-spec CNG variant. A segment leader, it faced competition from many cars through the years, from its own predecessor, the Maruti 800, to the Tata Nano. It even punches above its class, going up against the Renault Kwid and Datsun Redi GO.

“Nearly 54% of Alto customers are first time car buyers,” said Shashank Srivastava, the Executive Director of Marketing and Sales. With a claimed fuel efficiency of 22.05kmpl from its BS6 engine, the Alto is an understandably popular choice in the entry-level segment. It gets a driver airbag as standard and is one of the few cars in the segment to have a passenger airbag on offer as an option. ABS, EBD, and reverse parking sensors have recently been made mandatory for Indian cars, and are standard on the Alto. “It also complies with the latest crash and pedestrian safety regulation,” states the carmaker.

The Alto name has been in India since 2000 when the HA22 Suzuki Alto started selling alongside the Maruti 800, which itself was an iteration of the Alto. In fact, the first Maruti ever sold, based on the Suzuki SS80, was an Alto too. The Maruti Suzuki Alto has seen five facelifts since 2000 and its most recent one was this year.

Even if India’s Alto isn’t the same as the international market car, it continues to be a safe bet with its low price and BS6 engine. For many buyers confused by the upcoming BS6 norms and their effect on regulation pertaining to older cars, the new BS6 offerings from Maruti Suzuki and other manufacturers have been a relief. It remains to be seen how long the Alto continues to adapt in the face of stricter emission and crash safety norms.