Petrol Power For Brezza, Finally. Diesel To Get The Boot!

After yesterday's announcement of Maruti parting ways with diesel engines, it's certain that the Vitara Brezza will be getting a petrol-powered heart. And it’s likely to come this year 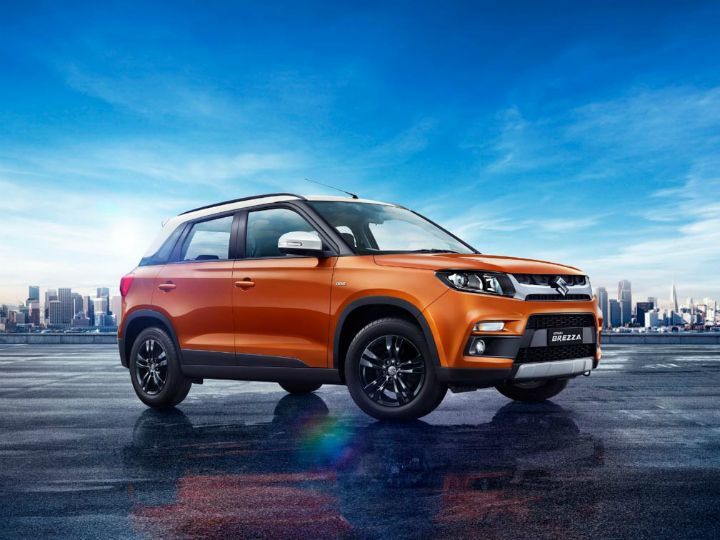 We have known for some time that the Brezza’s Fiat-sourced 1.3-litre diesel engine was going to be phased out, and not be updated to meet the BSVI emission norms. This would have meant that the Vitara Brezza could have been updated with the 1.5-litre DDiS 225 diesel engine which was introduced with the Ciaz quite recently. But Maruti surprised us yesterday by announcing that it will pull the plug on all diesel engines in its lineup by April 2020. Hence, the Vitara Brezza, which is only available in the country with a diesel engine, has no other option than to have a change of heart. And this new petrol engine will be launched this year itself, before the diesel is discontinued.

Available options for the Brezza are then the BSVI-compliant 1.2-litre K-series or the Dual Jet petrol which debuted with the Baleno earlier this week. There is also the BSVI-compatible 1.5-litre petrol that has been introduced in the new Ciaz and Ertiga. But considering the fact that the 1.5-litre petrol engine is going to be expensive and that the Vitara Brezza is a sub-4 metre car which only qualifies for a lower tax bracket if it has a petrol engine with a capacity lower than 1200cc, it’s safe to assume that Maruti will go ahead with either of the 1.2s.

Speaking of the Baleno, the 1.2-litre Dual Jet engine has possibly been brought in as a replacement for the 1.3-litre diesel. The same can be done with the Vitara Brezza as well as the power figures are pretty much the same. The Brezza currently makes 90PS of power and 200Nm of peak torque. The Baleno’s 1.2L Dual Jet also makes 90PS of power but makes 87Nm less torque at 113Nm. What's interesting to see here is that even the older K-series VVT petrol motor of the Baleno makes 83PS of power, which is just 7PS down from the Brezza, and the same 113Nm of torque as the Dual Jet motor.

Time then to dive into the economics of the powertrains. In the Baleno, the price difference between the two petrol engines is Rs 89,000. And the difference between the Baleno’s diesel (DDiS 190) and the new Dual Jet is Rs 27,000. Maruti could still reduce the cost for the Brezza to the tune of Rs 30,000 by using the Dual Jet 1.2-litre motor. The price of the best-selling SUV of the country could further be reduced by up to Rs 90,000 if Maruti opts for the1.2-litre K-series motor! That would certainly give it an edge over its competition. Hence, Maruti could get both the engines into the lineup, which should give buyers the option to choose the more powerful Dual Jet at a premium or opt for the more economical 1.2 K-series. The definite answer, however, will come later this year itself when Maruti finally launches the petrol Vitara Brezza.