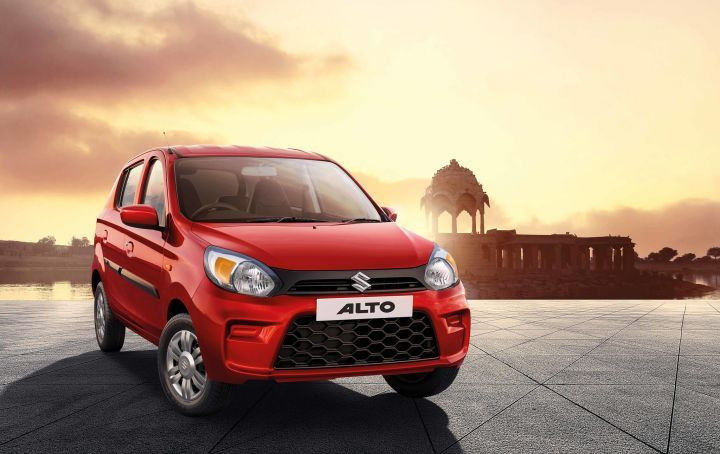 The Alto has been one of Maruti Suzuki’s cash cows for a very long time. Indians love it for its tried and tested formula. The Alto has always been nimble, capable of carrying four passengers and packed a frugal petrol engine. Despite its age and rising competition, the Alto still racks up sales numbers. Now, Maruti Suzuki is all set to give its entry-level hatchback a generation update and a test mule has been spotted testing for the first time.

Technical details about the new Alto are scarce at the moment. But based on the spy shot, we can report that the next-gen Alto will be larger than the current model.  It is most likely to switch to Maruti Suzuki’s latest Heartect platform that underpins cars such as the WagonR, Swift and others. The hood is a bit more upright and the silhouette, though similar, looks longer thanks to the possible increase in the length between the wheels. The rear-end comes with redesigned tail lamps while the front-end could be revised as well.

The interior of the Alto is yet to be revealed. We expect it to be more functional than flamboyant. Features from the current Alto are like the touchscreen infotainment system, front power windows, an air conditioner, central and remote locking as well as a multi-info display are likely to be retained. Expect dual airbags, ABS with EBD and rear parking sensors to be offered as standard.

The next-gen Alto is likely to be powered by the current model’s 0.8-litre petrol engine that develops 48PS of power and 69Nm of torque (41PS and 60Nm in CNG). It could continue to be offered with a CNG option for those looking for a frugal option. While the current-gen Alto is offered with a 5-speed manual, the new model could also come with an AMT.

The new Alto is likely to reach showrooms by mid-2021. Expect it to be priced similar or slightly more than the current-gen Alto, which starts from Rs 2.95 lakh (ex-showroom). The Alto’s rivals include the Datsun redi-GO and the Renault Kwid.