That too, for the second consecutive year! 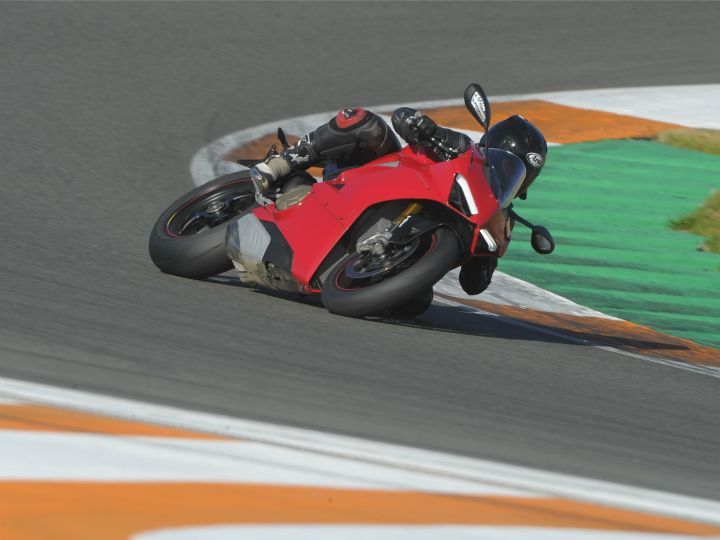 Among all the superbikes from diverse brands across the world, the Ducati Panigale range has emerged as the highest-selling superbike, globally. What’s even more impressive is that the brand has achieved this for the second consecutive year, despite the global economic slowdown.

The Panigale family currently includes both the 959 Panigale and the V4 range. In 2019, the only other all-new litre-class bikes introduced were the 2019 BMW S 1000 RR and the 2019 Aprilia RSV4. However, Aprilia does not have as much global reach as Ducati as it has always belonged to the niche category.

One of the reasons why the Panigale pipped the 2019 BMW S 1000 RR could be because the Italian supersport comes with an evocative design, exotic parts, and a hugely involving dynamics -- something the once-legendary beamer seems to have missed out on, in its 2019 edition. Another reason could be that some expert riders, who more often than not are the target customers of Supersport motorcycles, find the BMW a bit too newbie-friendly.

Ducati has also announced that a new model under the Scrambler family will be introduced in the coming months. Since the Scrambler range is yet to be updated with Euro 5 norms, expect the upcoming motorcycle to be a special edition of sorts, celebrating the end of the Euro 4 generation. Here’s Ducati’s press release regarding the global sales:

A major contribution to this result came from the Panigale: with sales totalling 8,304, it retains the market leadership established in 2018 and confirms its status as the world's best-selling superbike with a market share of 25%.
Two new bikes introduced in 2019 - the Hypermotard 950 and Diavel 1260 - racked up sales of 4,472 and 3,129 respectively, doubling the overall volumes achieved in 2018 by previous versions.
The Multistrada family performed equally well, scoring a 3% increase compared to 2018 (thanks also to the addition of the 950 S and a revamped 1260 Enduro); deliveries totalled 12,160, the best sales performance since the Bologna-built multibike made its debut sixteen years ago.

Sales figures for 2019 have reinforced Ducati's position at the premium end of the motorcycle market.

"2019 was a tough but also rewarding year. We're working to make Ducati the world's most desirable motorcycle brand", stated Claudio Domenicali, CEO of Ducati Motor Holding, "and the results we're achieving, the development of the range and the market response all confirm we're on the right track. On today's global market, one in every four superbikes is now a Panigale. The technical content we've transferred from the R version and our extensive racing experience to the V4 2020 range ensure this bike remains the category benchmark. What's more, order books for the new Streetfighter V4 are bulging - more than 1,700 are already on order - and deliveries will begin in March 2020."

"We're satisfied with the results achieved in 2019" , adds Francesco Milicia, Global Sales VP. "Over the last twelve months a major network development plan has been implemented, with 54 new dealerships in 20 countries. This expansion plan will continue this year in order to further improve the world-wide network coverage and offer our fans a growing premium experience."

Sales in Italy continue to grow, confirming the country as Ducati’s number one market. Bike sales totalled 9,474, a 3% improvement on 2018 and a 20% increase over the last three years. In the United States, Ducati deliveries totalled 7,682 motorcycles, down by just 2% despite the continuing negative trend which saw the market shrink by 7% compared to 2018. Brazil (+20%), Spain (+10%) and France (+8%), however, performed exceedingly well. China, a country where the Italian brand is particularly appreciated, continued the upward trend of recent years and is, with 3,200 motorcycles sold (+12%), now the Bologna-based bike manufacturer's fifth most important market.

This positive end to 2019 allows Ducati to look into the future with confidence. For 2020, the product range is now even more complete and dealerships will soon be taking delivery of the long-awaited Streetfighter V4. The Panigale can - in addition to the introduction of the new V2 - also count on a major upgrade to the V4 that will boost performance and enhance rideability.

For globetrotters and those who want to enjoy long-distance adventures in outstanding comfort, the Multistrada family sees the arrival of the new Grand Tour. Last but not least, the Ducati Scrambler range - which saw the new 800 Dark presented at EICMA - will see the introduction of a new model in the coming months.