Should you get yourself the 220 or wait and save up for the new quarter-litre Pulsar? 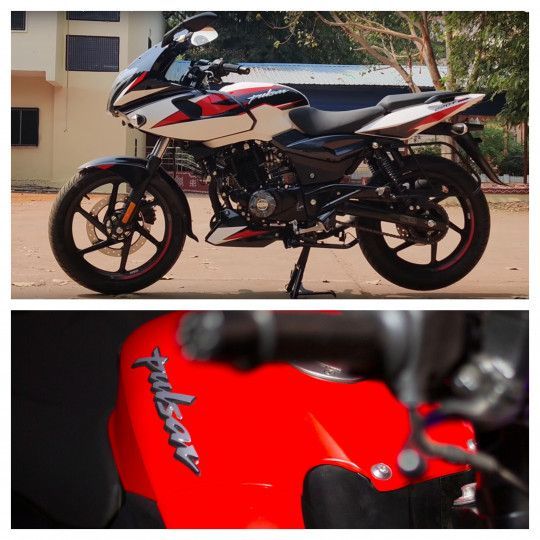 When the Pulsar moniker was introduced in 2001, it instantly became synonymous with performance motorcycling in the country. Over the span of two decades, Bajaj as introduced Pulsars ranging from 125cc to 220cc, with the latter being around for over 13 years. Once touted to be the ‘World’s Fastest Indian’, the Pulsar 220 F will soon hand over the reins to the upcoming Pulsar 250. But with the launch still some time away, should you just stick with the trusty ol’ 220 F or wait and save up for the 250?

Why Should You Go For The Pulsar 220 F?
Despite sporting the same design for over a decade, the Bajaj Pulsar 220 F doesn’t look outdated. The semi-fairing vertically stacked dual headlight units and DRL still look charming. In fact, this year it has not just received an updated instrument console, but a slew of new paint schemes are on their way too.

Coming to the engine, the fuel-injected 220cc single-cylinder oil-cooled engine develops a healthy 20.4PS at 8,500rpm and 18.55Nm at 7,000rpm. Though it may not seem much, the bike offers a sprightly performance.

The Pulsar 220 F was the first Indian motorcycle to come with clip-on handlebars, which paired with the slightly rear-set footpegs, results in a posture that is sporty enough for ghats while still being comfortable for touring.

Why You Should Wait For The Pulsar 250

As much as we love the Pulsar 220 F, there’s no doubt that the bike desperately needs an overhaul, especially with the likes of TVS Apache RTR 200 4V in the picture which not just are pushing out similar performance numbers, but also offering more bang for the buck.

The 220F’s engine is at its maximum potential and extracting more performance out of it isn’t possible. So, not only will the engine on the Pulsar 250 be a brand new motor, it will push out a couple of more horses than the 220. At the same time, it will still be easier to live with, given that it will continue to use an air-cooled engine with an oil cooler.

Then comes the features. Though the updated instrument cluster on the 220 is a welcome change, it still doesn’t have a gear position indicator. In the age of Bluetooth-enabled consoles, the 220 F’s instrument console feels a bit archaic. With other brands moving to LED illumination and swanky DRLs, Bajaj too is likely to step up the game. So expect an LCD instrument console, LED illumination, and Bluetooth connectivity on the Pulsar 250.

Another massive change on the Pulsar 250 is the monoshock. Though the dual shock absorbers did their job well on the 220 F, it is unlikely to match the precision and stability offered by a monoshock unit.

Going by the spy images, the Pulsar 250 doesn’t seem outright sporty as well. The bike has slightly rear-set footpegs, but the riding triangle looks fairly comfortable for long hauls as well as city commutes.

Our Suggestion: Hold For The Bajaj Pulsar 250

At the moment, the Bajaj Pulsar 220 F is priced at Rs 1.25 lakh (ex-showroom Delhi), which is likely to go up in the coming weeks, owing to the new fiscal year. At this price point, what you get is a decade old motorcycle, with barebone features. In contrast, the Pulsar 250 is likely to be priced around Rs 1.40 lakh, which would not just make it the most affordable quarter-litre bike, but is also likely to come with enough features to justify the price tag.