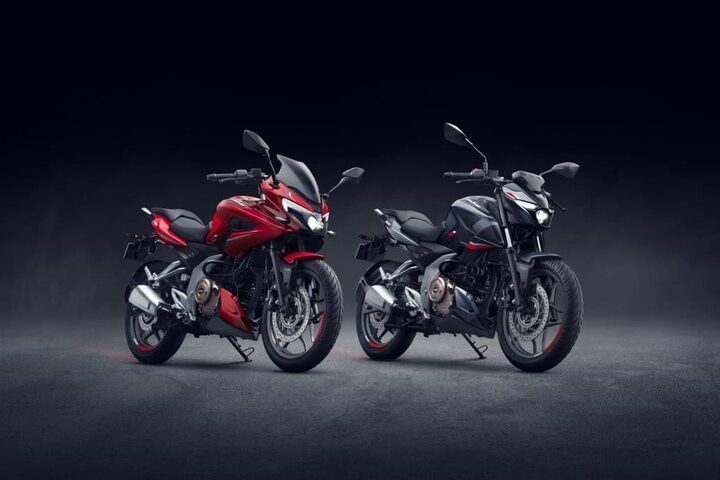 After months of waiting, Bajaj has finally launched its highly anticipated Pulsar N250 and Pulsar F250 in India. These are the new top-of-the-line Pulsars, and the faired 250cc motorcycle but will not replace the ageing Pulsar 220F.

What's It's Price? Who Are It's Rivals?

The Bajaj Pulsar N250 goes up against the likes of the Yamaha FZ 25, Suzuki Gixxer 250 and even the TVS Apache RTR 200 4V (price wise). Meanwhile, the Pulsar F250 locks horns with the Suzuki Gixxer SF 250, and in terms of pricing, even the Hero Xtreme 200S.

The design of the Pulsar 250 twins hints at the new direction in which the Indian bikemaker is headed with the Pulsar lineup. For the F250, Bajaj has continued with its half-fairing design like the 220F, but it looks sharper now. Furthermore, the Indian two-wheeler giant has equipped the bike with LED illumination all around -- a first amongst its competitors.

Even the riding ergonomics seem to have been inspired by the Pulsar 220 F. While the footpegs are rear set for a sporty stance, the raised clip-on handles will make long rides less tiring.

The Pulsar N250 drops the half fairing, but borrows the rest of the bodywork from the F250. With its naked LED projector and LED ‘brow’ DRLs, the fascia bears an uncanny resemblance to the Yamaha MT-15.

Another highlight of the new Pulsar twins is the engine. Instead of boring out the existing 220cc engine from the Pulsar 220 F, Bajaj has constructed an all-new engine. The new air/oil-cooled 2-valve 249.07cc engine develops 24.5PS and 21.5Nm, which is 4PS and 3Nm more than the Pulsar 220 F. The engine is mated to a 5-speed gearbox with a slip-and-assist clutch.

This engine sits in a new tubular frame which is suspended onto a telescopic fork and a monoshock. For braking, Bajaj has used a 300/230mm disc brake setup, aided by single-channel ABS. The Pulsar 250 twins run on 17-inch rims wrapped in 110-section tyre up front and 130-section unit at the rear.

The Pulsar 250 twins also flaunt a new bezel-less infinity display instrument console, with an analog tachometer and a digital display for the speedometer, fuel gauge. The display lacks connectivity features, and has basic information like gear position indicator and distance to empty readout. For the first time, Bajaj has equipped a Pulsar model with a USB charger.

Bajaj introduced the idea of the affordable performance motorcycles to Indian enthusiasts with the Pulsar range two decades ago. The bikemaker has been always known to introduce products with aggressive pricing, and it stays true with the 250 twins as well. At this price, Bajaj has positioned the bikes between the Yamaha FZ 25 and the Suzuki Gixxer 250 twins, while offering features not seen in the competition. But how is it to ride? Stay tuned for our first ride review. 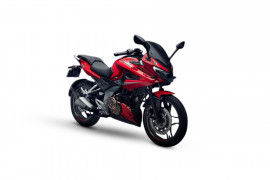 All Comparisons of Pulsar F250