Three scooters running the same distance on the exact same stretch of road. How do they stack up? 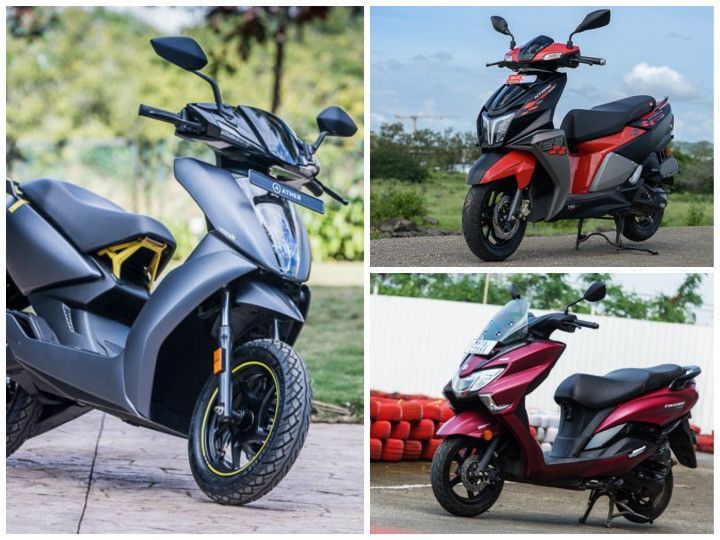 A lot of you have been a little sceptical about the Ather 450X’s performance when compared to petrol-powered scooters. Understandably so since electric two-wheelers are still in their nascent stage. So we decided to clear the air in the best way possible: with a real-world performance test.  The Ather, TVS NTorq 125 and Suzuki Burgman Street running the same distance on the exact same stretch of road. Fair? Here’s what the numbers have to say...

Right off the bat, the Ather 450X (in Warp mode) has a huge advantage. It can put down all of its power and torque immediately, helping it bolt off the line a little over half a second quicker than the NTorq.

The difference between the Burgman and the 450X is marginal at first. But at the speeds climb, you can see the 450X extending its lead. A time difference of over 5 seconds should paint a clear picture. The NTorq too, at this point, just doesn’t have to grunt to keep pace.

I would however like to add that both the NTorq and the Burgman would eventually catch up and post a better top speed. But you’d require an agonizingly long stretch of road for that.

Mid-range performance is absolutely crucial for scooters in the city. It’s where they’ll spend most of their time. As you’d expect, the Ather delivers in spades here as well. Just open the throttle and the electric motor pumps all of its 26Nm of torque to the rear wheel. The result is a roll-on acceleration time of 3.48 seconds, almost a second quicker than its rivals.

Braking has always been the Ather’s Achilles heel, not because it’s bad, but because it’s too sharp -- almost suicidal. The rear tends to step out quite easily, forcing you to let go of the brakes in order to correct the scooter. The brake distances numbers are pretty self-explanatory.

The brakes on the NTroq have been improved drastically on the BS6 model with good bite, feel and progression. It’s no surprise then that’s it’s the quickest to drop the anchor.

An EV couldn’t possibly compete with petrol-powered scooters when it comes to range. The Ather travelled a total of 91.4km before running out. It would then take you about half an hour to an hour to charge the scooter through a fast charger, more if you used a conventional power source.

ICE-powered scooters, on the other hand, can travel for about 300km on a full tank. That’s incomparable to EVs. Besides, fuel stations are available every few kilometres and it only takes a few minutes to refuel.

To summarise, electrics are quick and a whole lot of fun, but they still aren’t as practical as petrol-powered scooters. Not yet at least.