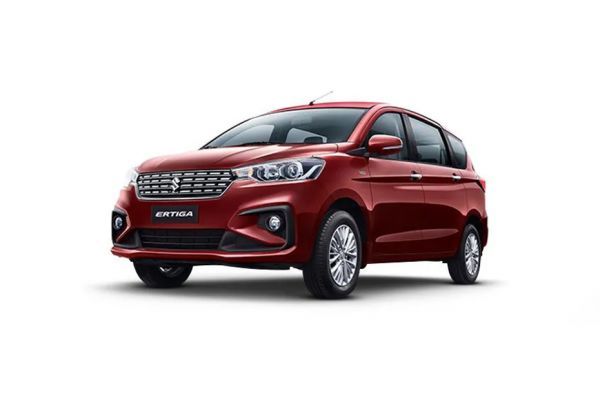 Maruti Suzuki has announced up to 4.7 per cent hike in the prices on across all variants of select models including the Ertiga MPV. The carmaker has cited increased input costs as the reason.

The Maruti Suzuki Ertiga with 2 airbags scored 3 stars in the latest Global NCAP crash test. The MPVs body shell and footwell were deemed unstable while it offered fair protection for child occupants.

With the Ertiga, you get the choice of a couple of engine options. There’s a 1.5-litre, four-cylinder petrol motor, paired with Suzuki’s mild-hybrid tech, a new 1.5 DDiS225 diesel. The petrol engine makes 105PS of power, and 138Nm of torque, and can be had with a 5-speed manual or a 4-speed automatic. In our fuel tests the Ertiga petrol manual managed 13.40kmpl in the city and 16.30kmpl out on the highway. The SHVS mild hybrid system does kick in under acceleration and should make a difference in day to day driving. Maruti Suzuki has also introduced the new DDiS 225 1.5-litre diesel engine. This makes 94PS and 225Nm, this is not a drastic change from the 90PS and 200Nm from the old 1.3-litre engine (Which is still an option) but it's much more refined and similarly efficient at the same time. This is only available with a 6-speed manual transmission. Maruti has now introduced a new CNG option that’s only available in the VXI trim. It makes 92PS and 122Nm and can return a claimed 26.20km/kg.

The Ertiga is available in four variants - L, V, Z, and Z+. Notably, the petrol-automatic is available in the V and Z variants only. With the base variant, you get standard safety features as well as some goodies such as projector headlamps, cooled cup holders and a colour MID (petrol only). That said, it misses out on basics such as a fog lamp, wheel covers and a music system. Step one variant up, and you get a music system with four speakers, steering-mounted audio controls and some convenience in the form of electric mirrors. The most bang for buck variant in our opinion is the Z, which packs in stuff like automatic climate control, alloy wheels, push-button start and a 6-speaker audio system. Compared to the Z+ variant, it only misses out on a touchscreen, reverse parking camera and a leather-wrapped steering wheel.

The 2019 Ertiga’s design is a lot edgier compared to the car it replaces. That said, it does seem like there was a lot of inspiration from cars such as the Innova Crysta, Mitsubishi Xpander, and even Volvo. But, it does work well together, giving the Ertiga a fresher, more premium look. It also gets snazzy looking halogen projector headlamps, but, weirdly enough, daytime running lamps are not offered. You also get 15-inch alloy wheels, and LED elements in the tail lamp. Overall, the Ertiga looks like it has grown up. The numbers back that feeling up as well. It’s 99mm longer, 40mm wider and 5mm taller.

Bigger dimensions mean there’s more space on the inside. First, the boot is 18 litres bigger with all three rows in place, at 153 litres. There’s more room in the third row as well. In terms of features, the Ertiga gets the basics right. There’s a 7.0-inch touchscreen infotainment system with Android Auto and Apple CarPlay, automatic climate control, roof-mounted AC vents with fan speed control. We think the new interior design is appealing, especially because it doesn’t look like it’s a direct lift from the Swift. The light beige on the dash works well with the faux wood trims, making the cabin will airy and roomy. Safety features include dual airbags, ABS with EBD and ISOFIX child seat mounts that are offered as standard across the range. The automatic variant additionally features ESP and Hill Hold.

Honda BR-V: Honda's offering in the segment is essentially a jacked up Mobilio with some mechanical changes to compensate for the raised stance. This SUV styled MPV is the only 'crossover' here that can seat seven people.

Renault Lodgy : : Renault Lodgy: Renault's only 7-seater in India, the Lodgy is known for being spacious and practical. The sensible choice then? It's faults are a slightly lack luster interior compared to the competition.

Mahindra Marazzo : : The Mahindra Marazzo is a great overall package especially at the price it has been launched at. It offers ample space for seven, offers a premium looking cabin and comes with an impressive features list with a lot of essentials offered as standard. It’s among the few Mahindras we recommend without hesitating!

In its new avatar, the Ertiga isn’t really doing anything substantially different compared to the old version. But, it does everything a little bit better. And that was all that was required, wasn’t it? Why fix it if it ain’t broke?