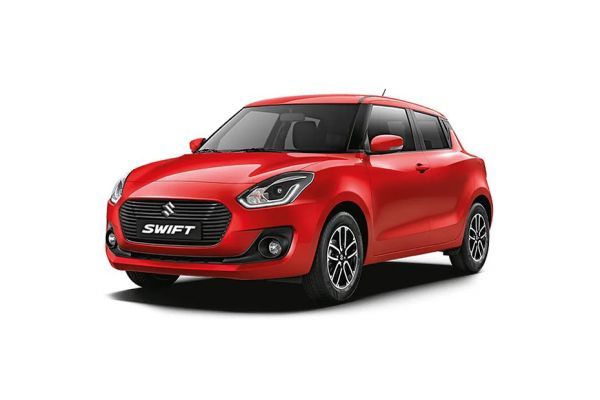 Maruti Suzuki has announced up to 4.7 per cent hike in the prices on across all variants of select models including the Swift. The carmaker has cited increased input costs as the reason.

Suzuki has gone a step further than the Swift Sport that is sold in international markets, by showcasing a one-off concept called the Swift Extreme at the Thailand International Motor Expo. This concept hatchback features an aggressive design on the outside,however the carmaker has yet to reveal the interiors or the technical specifications. It is unlikely that a radical version of the Swift will make it to India as we are yet to even get the Sport variant.

Back in India, Maruti has updated the Swift to the latest BS6 norms. It also gets safety updates to make it compliant with the upcoming crash test and safety norms. The Swift gets the BS6 update to its 1.2-litre petrol motor only as the diesel variant will be axed soon. The 1.2-litre K12B is the same engine that’s found in the Baleno hatchback. While the power and torque figures remain the same, the fuel efficiency has seen a slight dip and now returns 21.4 kmpl as compared to the 22 kmpl figure in the BS4 variant. The Swift also gets safety updates with all variants get dual airbags, ABS with EBD, rear parking sensors, driver and co-driver seatbelt warning and high speed alert as standard. These updates have also increased the prices of the Swift by Rs 4,000 to Rs 17,000 depending on the variant you pick.

Swift was 2nd Most Selling Car in October'19
Maruti Suzuki’s Swift has the distinction of being the 20 millionth car Suzuki has produced in India. Not just that, the third-gen Swift also holds the record for the least time taken to sell 100,000 units! That’s right. It took Maruti Suzuki just 145 days to find one lakh customers for its bestselling hatchback. With the new Swift promising to be more practical than ever, we aren’t the least bit surprised with its popularity.

The Swift carries over its tried-and-tested 1.2-litre petrol and 1.3-litre diesel engines. There’s no difference in power output either - the petrol makes 84PS and 114Nm whereas the diesel makes 75PS and 190Nm. What is new, however, is the fact that the Swift now gets an automated manual transmission both with the petrol and diesel engines. We loved thrashing the petrol Swift around; the thrummy, peppy engine can ensure quite a lot of giggles. The diesel, although not as much fun as the petrol, feels at home doing daily chores as well as weekend runs. We’ve road tested the diesel manual and automatic versions, and they proved to be a nice balance of frugal and fun. The manual took 12.38 seconds to hit 100kmph, whereas the automatic was over a second and a half slower at 14.06 seconds. In terms of efficiency, the manual returned an amazing 19.74kmpl (city) and 27.38kmpl (highway). The AMT nearly matched the efficiency inside the city at 19.27kmpl, but was less efficient on the highway, delivering 22.21kmpl.

Since safety features are standard across the range, the (O) variants from the earlier generation have been given the boot. A new Z+ variant has been added to the lineup that includes the L, V and Z variants - taking the total to four. In our books, it’s the Z variant that gives you the most bang for buck. If you want the Swift on a tighter budget, we’d recommend buying the L variant and sprucing it up with some accessories.

When India’s favourite hatch gets an update, everyone’s looking forward to something great, and yet expecting not much to change. You see, this paradox exists because the styling of the Swift is among the key reasons it’s loved so much. And with the third-generation, Maruti Suzuki hasn’t disappointed. The super short overhangs, blacked out A-pillar and the sloping roof are all trademark Swift elements. It’s become a whole lot more modern in other ways, though. It now packs in full-LED projector headlamps, all-LED tail amps and two-tone alloy wheels. Did we mention the rear door handle has now been moved to the C-pillar?

The cabin of the new Swift is genuinely surprising. If you assumed it’s a Swift, ergo it won’t have space - you’d be terribly mistaken. Two six-footers can sit behind each other quite comfortably. The cabin still isn’t wide enough to seat three people in the rear bench, though. Boot space too is now better at 268 litres. In terms of features, it packs in quite a lot including automatic climate control, a reverse camera, a touchscreen infotainment system with Android auto and Apple CarPlay and a six-speaker audio system. You also get helpful features such as height adjust for the driver’s seat, keyless entry and push button start. As far as safety is concerned, whether you pick the base-spec L variant or the top-spec Z+, you get dual airbags, ABS with EBD and ISOFIX child seat mounts as standard.

KUV100: The Mahindra KUV100 is the only other SUV-like hatchback in this segment and the only direct rival to the Ignis. Its funky design, fuel-efficient diesel engine and high equipment levels make it a compelling buy, while things like higher engine noise and excessive body roll make it less desirable.

Hyundai Grand i10 : The mid-sized hatchback from Hyundai has been given a refresh to keep up with the Ignis. The Hyundai Grand i10 offers a premium interior feel, efficient but peppy diesel engine, fun to drive characteristics and class-leading interior space without burning a hole in your pocket.

Maruti Suzuki Ignis: It looks quirky, but that’s pretty much the only problem with it. Otherwise it’s a nimble little hatch that can be quite fun to drive too.

Ford Figo : Ford’s fiesty little hatchback does a whole lot right. It’s easy to drive, reasonably efficient and in some ways, fun too. We wish the interiors were slightly roomier and offered better quality. It’s one of those underrated hatchbacks that sadly slip under the buyer’s radar.

The Swift is fun, economical, spacious and has a personality too. If you can’t be bothered researching and want a hatchback that's fun and can do a bit of everything, head over to the Maruti showroom. Be prepared to wait a while before you actually get one, though.