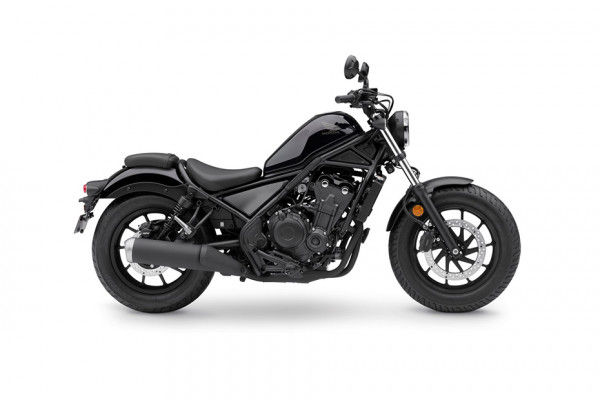 Alert me when launched Ask A Question
Rebel 500 Colors
rvmp_n_gpopup

The Honda Rebel 500 Bobber Supreme Edition has been launched in Thailand, with a limited run of 100 units. Check out more details here. The Rebel 500, Honda's take on a mid-sized neo-retro cruiser, might step foot into India pretty soon. It's fairly simple to look at with bobbed fenders and fat chunky tyres. It features LED lights all around, a circular negative LCD display backlit in white and a comfortable riding posture.

It's powered by a Euro 5-compliant 471cc, liquid-cooled parallel twin-cylinder engine that's seen on the CBR500R. The motor makes 46.2PS at 8500rpm and 43.3Nm at 6000rpm, mated to a six-speed transmission and a slipper clutch. Fuel tank capacity is rated at 11.2 litres. A seat height of 690mm should be ideal for short riders.

In terms of hardware, the bike comes equipped with a low-slung tubular frame, a 41mm telescopic fork and twin rear shocks from Showa. Its braking setup comprises a single 296mm disc up front and a single disc at the rear. Its 16-inch tyres come wrapped in a 130/90-section front and 150/80-section rear tyre. The entire package weighs in at 191kg kerb. The Rebel 500 is available in four colours overseas: Matte Jeans Blue Metallic, Graphite Black, Matte Axis Grey Metallic and Millennium Red. If it makes it to India, expect the bike to garner a price of around Rs 4.5 lakh ex-showroom, taking on the Kawasaki Vulcan and Royal Enfield Interceptor 650.

Honda Rebel 500 is going to launch in India with an estimated price of Rs. 4.50 lakh