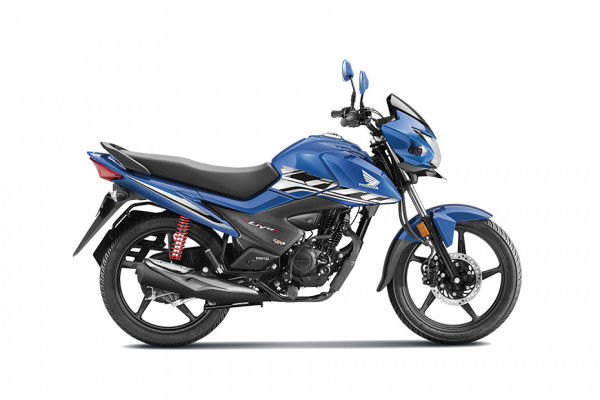 LATEST: The Honda Livo BS6 has been launched starting at Rs 70,056, making it the most premium 110cc commuter offering from Honda in India. It is Rs 10,000 more expensive than its BS4 predecessor and this is due to the addition of fuel-injection and some extra features. It competes against the TVS Star City Plus BS6 and Hero Passion Pro BS6.

The Livo is now powered by an all-new 109.51cc engine. This is the same motor that is used in the CD 110 Dream as well, where it churns out 8.8PS and 9.3Nm. It should also make the Livo more fuel efficient than before. The engine is paired to a 4-speed gearbox. Holding the bike together is a single-downtube cradle frame suspended on a telescopic fork and twin shock absorbers. The Livo is stopped by 130mm drum brakes at both ends, but a 240mm front disc is available as an option.

The Honda Livo BS6 is available in two variants: Drum and Disc. The former, priced at Rs 69,422, has to make do with 130mm drum brakes at both ends while the Deluxe version is equipped with a 240mm front disc brake.

Honda has tried to give the Livo a youthful appearance with an attractive bikini fairing and smart body panels. There are some bold colour options on offer and small touches like body-coloured rear-view mirrors lend the bike a premium overall look. The sizeable tank extensions give the bike some mass and make it look modern.

The Livo BS6 is a more feature-rich motorcycle than its predecessor. The new engine is now brought to life by a silent ACG starter, and Honda has included an engine kill-switch and side-stand cut-off as well. Instrumentation continues to be semi-digital but the design of the console is new.

The 110cc commuter space is a hotly contested segment and the Livo has to fend off the likes of the TVS Star City Plus BS6, Hero Passion Pro BS6 and Bajaj Platina 110.

What is the price of Honda Livo BS6?

What is the Tyre and Wheel type of Honda Livo BS6?

Does the Honda Livo BS6 have ABS?

No, ABS feature is not available in Honda Livo BS6. View full specification of Livo BS6.

Which is better Honda Livo BS6 or TVS Radeon?

What is the EMI of Honda Livo BS6 in Delhi?

What are the colours available in Honda Livo BS6?