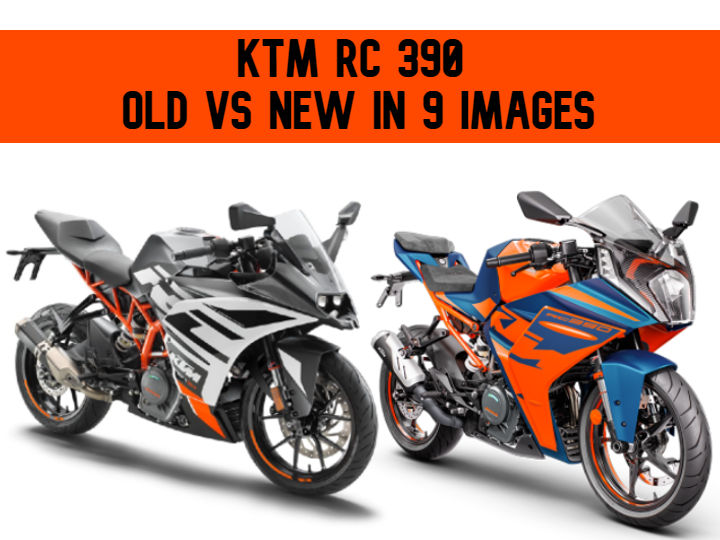 It’s been eight years since its inception that the KTM RC 390 has received its first major update. In fact, this is KTM’s biggest update in history on a single cylinder motorcycle in India. While we wait for our first ride review to go live, here’s all that’s new on the 2022 iteration of the Austrian supersport, compared side-to-side with its predecessor.

A major respite to prospective RC 390 buyers will be the larger fuel tank, which can now hold 13.7 litres of fuel when compared to the 9.5 litre capacity of the older bike. Also, the fuel tank is now made out of metal and is positioned slightly forward, while the older tank had a plastic cover.

Weight reduction looks to have been a major focal point here, as the new RC 390 now gets a split trellis frame with a bolt on subframe, similar to what’s seen on the 390 Duke. The subframe can be detached from the main frame by only four bolts.

The alloy wheels too have gone under the knife, and the result is a new five-spoke alloy that is 0.8 kg lighter than the older design. KTM claims that this is also stiffer, and reduces the unsprung mass of the bike.

The brakes too are completely redesigned, and now only consist of the contact area that is directly mounted on the wheel coupled to radially mounted calipers by ByBre. KTM claims that this new design has also contributed to reducing the unsprung mass.

Another part that has helped reduce unsprung mass is the redesigned front axle. This is now hollow in a bid to reduce weight.

While the new bike remains mechanically similar to its predecessor, it does get a new airbox that is bigger than the older airbox by 40% in volume. KTM claims to have been able to improve torque delivery and throttle response through this upgrade.

The new RC 390 also gets all new seats for the rider and pillion that KTM claim are more comfortable than the seats found on the older gen bike.

A big difference between the two bikes is the new TFT instrument console found on the new RC 390. Similar to the TFT display on the 390 Duke, this console gets bluetooth connectivity to offer phone call and music control, however it misses out on navigation. It also comes equipped with ABS modes, Motorcycle Traction Control (MTC), cornering ABS and a quickshifter as standard.

The bike also gets a new switch cube, carried over from the 390 Adventure and 390 Duke, which help control the various functions within the TFT display. Also, the clip-on bars are now height adjustable, and can be lowered by 10mm.