Royal Enfield Continental GT 650: All You Need To Know

We had spotted it, contemplated about it, waited for it, and finally, it is here. We decode continental GT 650. 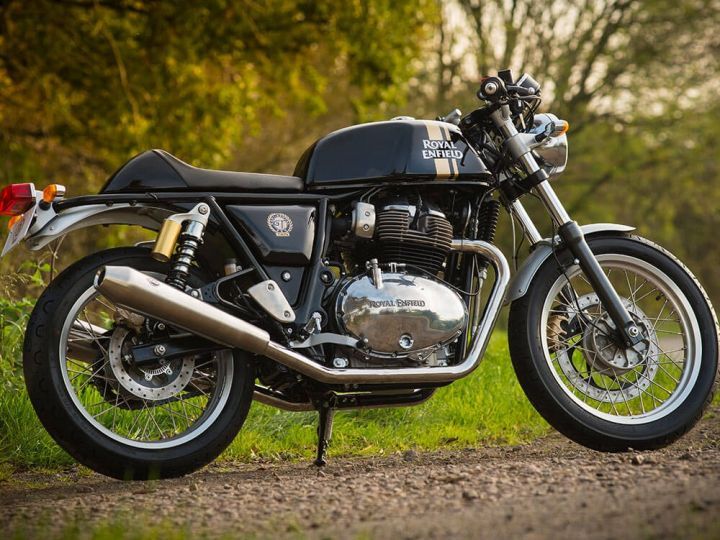 The Royal Enfield Interceptor and Continental GT 650 Twin were two of the most anticipated reveals of the 2017 EICMA. Bearing an all-new 650cc parallel-twin heart, both bikes carry a simple design, in sync with RE’s heritage. Although we were expecting the all-new engine to be a 750cc, Royal Enfield opted for a 650 configuration as it will be an easier upgrade for a lot of existing RE riders here in the country. So, if you were eagerly awaiting the higher capacity Royal Enfields, here is all you need to know.

If you think that the bigger Continental GT looks awfully familiar to the current one, that is because it is! Both the bikes are based on the same tubular double cradle frame and feature the same front suspension, wheels and rear disc brake configuration. But if you look closely, you will notice that the 650’s fuel tank is shorter than the Continental GT 535, the swingarm is a bit longer and the rear suspension is a new one. This has been done in order to improve the riding position and dynamics. Here's a quick look at the specs of both the Continental GT's.

It carries the same stance with the low seat, clip-on handlebars and the slightly rear-set footpegs. The twin-megaphone exhaust on the GT 650 is also upswept in order to give riders more ability to lean the bikes into corners. Being powered by a 648cc parallel-twin motor, RE has taken extra care so that the riders can comfortably pull a ton-up, which means that it should have a higher top speed than 160kmph. The headlamps and the instrument cluster too look the same as the one on the GT 535.

What we could garner from the videos that RE released is that the bike has a throaty exhaust note. Siddhartha Lal, MD of RE, said at the unveil of the bike that a lot of attention has been paid to make the bike sound like a characteristic RE thrum, and the engine, as well as the exhaust have been tuned to deliver just that.

Now, coming to the price. We know that the new engine geometry is fairly simple and that it uses fairly affordable components. In fact, the entire bike has been packaged to be “accessible” to people who are looking to upgrade from their current 350cc or 500cc Enfields to a larger motorcycle. And, dialing in the facts that it still uses the same frame as the 535 and the bike will have a single global spec, the Continental GT 650 could be priced very competitively.