Is Jawa’s Bobber worth the wait? Or should you be looking at other options? 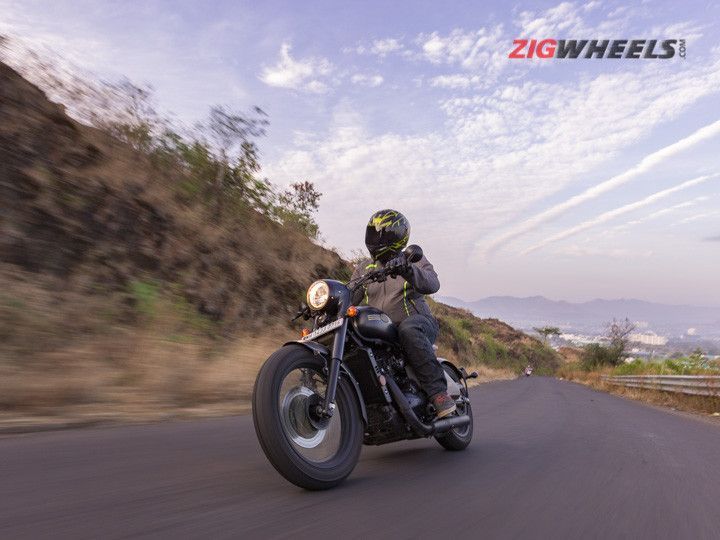 First showcased at the brand’s launch event, the Perak was finally introduced in production avatar in November 2019. Now, more than a year later, we finally got to spend some time with this bobber. Like us, I am sure many have been waiting to swing a leg over and know what the Perak is all about. If you haven’t had the chance yet, here’s a closer look at the Jawa Perak.

Alright, there’s no denying that the Perak does demand a second glance. Despite the stealthy paint job and all the blacked-out components, the Perak manages to grab attention. Courtesy of its floating single-seat unit to the slash-cut dual exhausts, the bike is unlike anything else in this price segment. While there’s no provision for a pillion, certain custom builders have done that as well.

It is when you get close to the bike that you’ll notice the inconsistency in quality. Our test bike had uneven panel gaps, the finishing levels aren’t great, and as for the rear indicators, they seem to be an afterthought.

The unique floating seat is good to ogle at, but once on the saddle, you’ll notice the flaw with the ergonomics. Though the 750mm seat height is accessible and the handlebar well within reach, the footpegs are positioned right below the seat. Also, they are set quite high, which puts the rider in an awkward position.

The console is a straight lift from the other Jawa bikes, and just like those, it is hard to read. As if the anti-clockwise motion of the needle wasn’t enough, the near-horizontal alignment of the console makes it all the more difficult.

The Perak gets a bored-out version of the 298cc engine seen on the Jawa and the Forty-Two. That said, the motor's mannerism is slightly different than that of its siblings. Adding to that is the taller gear ratios of the Perak, which makes it easy to commute and doesn’t require you to work the gearbox to make your way through city traffic.

The Perak is a great handler, but not as agile as its siblings. Despite the additional weight, longer wheelbase, and the slightly lazy steering geometry, it still manages to hold its line. In fact, push the bike hard, and you’ll end up grazing the side-stand or the exhaust.

The suspension is set up on the firmer side, resulting in every small undulation being transferred to the rider at slow speed. However, things improve as you gather momentum. The monoshock is neatly tucked under the seat.

Though we would have preferred more bite and feedback from the lever, the Perak doesn’t disappoint when it comes to shedding speed quickly. The biggest grouse with the bobber’s braking system is the ABS intervention which kicks in early, even on smooth tarmac.

While the Ceat Zoom Plus tyres on the Perak offer decent traction overall, they aren't as confidence-inspiring under hard braking.

So is the Perak worth the Rs 1.94 lakh (ex-showroom) asking price? We do not think so. While we loved the engine and its usability, the Perak falls short on the practicality quotient. Even if you kept that aside, it still doesn’t give you the bobber feel, thanks to the awkward riding posture. However, we would love to see this engine in the Jawa or the Forty-Two. Maybe the 2021 Forty-Two could get it? Till then, you probably should check out the Royal Enfield Meteor 350.