Here Are The Top 5 Features Of The Triumph Bonneville T100 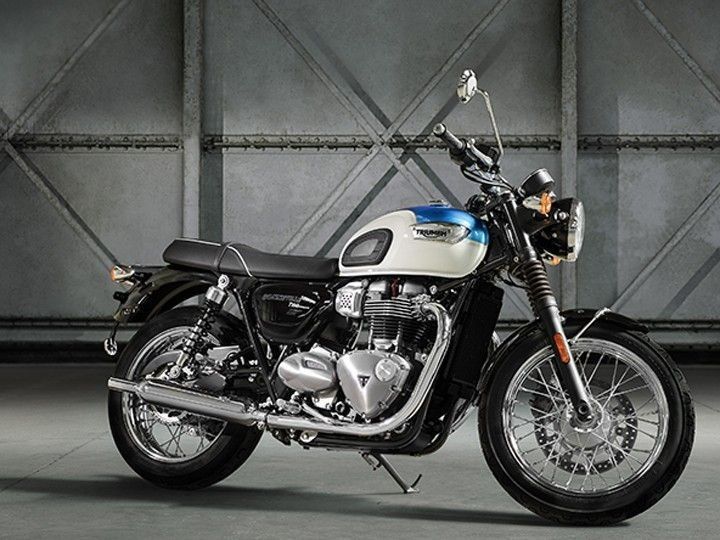 Triumph has brought a number of bikes to India under different nameplates. One of those nameplates is Bonneville. The Bonneville range sports retro looks that make them stand out from other cruisers on sale in the market. The T100 is a friendlier member of the Bonneville family, which also comprises of the T120 motorcycle. Without further ado, here are the top five features of the Bonneville T100 from Triumph:

The Bonneville T100 has friendlier ergonomics as compared to the T120 and there is a reason for it. Triumph wants the T100 to be approachable for the novice rider. To ensure that is the case, the T100 has shorter wheelbase and lower seat height. These factors enable the Bonneville T100 to be more friendly to a new rider who would overlook a sportbike for the T100 for this particular factor.

The Bonneville T100 has a 900cc parallel-twin motor that makes 55PS of power and 80Nm of torque. This is in contrast to the T120's 1200cc parallel-twin engine which makes 80PS of power and 105Nm of torque. In essence, the lighter engine along with less power and peak numbers would make the Bonneville T100 easier for a new rider to just hop on and ride off. This being the case without even asking the new rider to get into the advanced techno-wizardry on the Bonneville T100 is admirable on part of Triumph. Plus, smaller engine means less weight, which equals to more manageable bike for a newbie.

The Bonneville T100 has the engine from the Street Twin while the frame is from the T120. When you throw the detuned engine and comfier ergos in the mix, what you get is a bike that can be appreciated by both experienced and novice riders. After all, as the saying goes, it is better to ride a slow bike fast than ride a fast bike slow. The Bonneville T100 may be slow but that means its limits are approachable, regardless of rider experience and skill.

The Bonneville T100 has various electronic aids like selectable riding modes, ABS, traction control, engine immobiliser and ride-by-wire throttle. What this translates into is more comfort for a new rider at whom this bike is aimed. We know how varied the weather conditions can be in India and these riding aids would not just keep the rider safe but also help him/her enjoy the ride, no matter what the weather conditions are.

Triumph has launched the Bonneville T100 in India at Rs 7.78 lakh (ex-showroom Delhi). With this pricing, the British bike maker has aimed squarely at Ducati and its Scrambler bike. What makes the Triumph bike fare better is the similarities shared between it and the Classic range of bikes from Royal Enfield. Since enthusiasts hold Royal Enfield's Classic range in high regard, the Bonneville's design similarities help its case somewhat. The Bonneville makes less power but more torque than Scrambler, which makes it more suited for use on streets as well as highways.