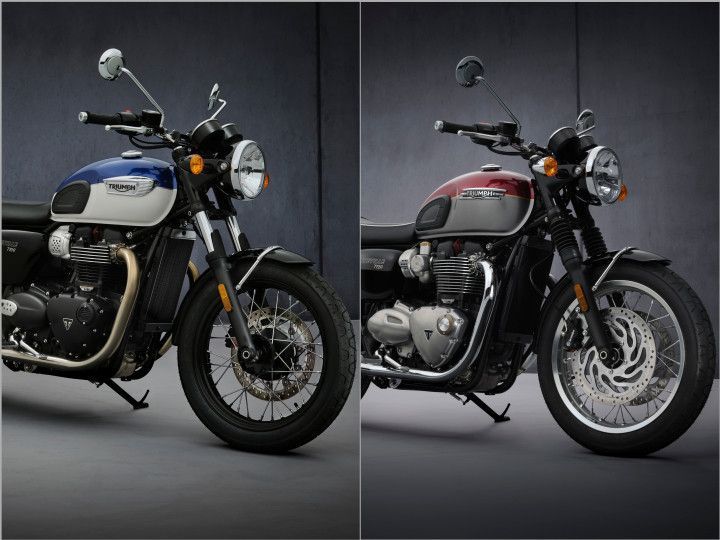 Triumph has unveiled the 2021 iteration of its modern classics: the Triumph Bonneville T100, T120 and the T120 Black. Apart from packing cleaner engines, Triumph has also gone a step ahead and offered new updates to the underpinnings, as well as features. All said and done, Triumph has left the characteristic old-school neo-retro appeal of the motorcycles intact. Here’s what the 2021 Bonnies are all about:

Expect the British bikemaker to launch the motorcycles one by one in India from April this year. As for the pricing, the premium wouldn’t be that hefty as the updates aren’t exactly comprehensive. Expect the bikes to be dearer by Rs 10,000 to Rs 15,000 over the current BS6-compliant versions. To give you a perspective, the current-gen Bonneville T100 costs Rs 8,87,400 whereas the Bonneville T120 as well as the T120 Black retail at Rs 9,97,600, ex-showroom India.

The smaller-engined Kawasaki W800 is the only alternative to the Triumph Bonneville T100, whereas the T120 does not have any rivals in its segment as of now. If you’re keen on retro bikes but don’t have a big budget, you could opt for the Royal Enfield Interceptor 650, by far the most affordable retro big bike in India.

There are no variants to the Triumph Bonneville T100. But the Bonneville T120 is also offered in a blacked-out version, called the T120 Black. This model comes with a fully-blacked-out powertrain, exhausts, underpinnings and rims. The motorcycle also gets a brown seat to differentiate it from the regular model. Apart from the cosmetics, the mechanicals are all shared with the standard model.

The biggest update on the Bonneville T100, T120 and T120 Black lies in the engine. Apart from complying with stringent BS6 emission norms, Triumph has also made its internals lighter for a more responsive feel. The brand has used a lighter crank, clutch, balancer shaft, clutch and cam cover -- all contributing to a reduction in inertia, thereby making the bikes livelier to ride.

In the T100, the blacked-out 900cc parallel-twin liquid-cooled engine is 2.9kg lighter, making 10PS more power than before. It now produces 65PS at 7400rpm and 80Nm at 3750rpm. Triumph says the engine revs harder for longer. To go with this, the redline has also been increased by 500rpm. At 24.3kmpl, the claimed mileage is pretty decent for a bike of its class.

Triumph has updated the bike’s underpinnings with a more sophisticated cartridge front fork offering the same 120mm travel as before. It also packs a more premium Brembo 2-piston front brake (claimed to offer better bite and feel) instead of the Nissin unit on its predecessor. The motorcycle tips the scales at 228kg wet.

The Road and Rain riding modes have now been enhanced to adjust throttle map and traction control settings. There’s a dedicated button on the left switchgear for the riding modes. Additionally, Triumph now also offers a single-button cruise control as standard.

The spoke wheels are now lighter. This coupled with the lighter engine internals have resulted in a 7kg mass reduction, bringing the wet weight to 236kg. Like the T100, this one too gets Brembo twin-piston calipers but they grab a pair of twin 310mm discs as opposed to a single 310mm unit in the T100.

The rear twin shock absorbers on both the bikes, along with the 255mm rear disc with Nissin 2-piston caliper have remained unchanged. Like before, they also get ABS and switchable traction control, along with an engine immobiliser as standard. The headlamp in the two bikes are also the same halogen units with LED DRLs as before. While the dials have been refreshed, the information in the semi-digital instrument cluster has remained the same. The two motorcycles continue to use Pirelli Phantom Sportscomp tyres on both ends. They offer decent grip in the dry but not so much on wet roads.

For 2021, Triumph has made some wholesome additions to its popular Bonneville twins instead of just making them run cleaner. While they already enjoy the distinction of being the only choices in the 900-1200cc retro space in India, these updates should make them a much sweeter deal than before. While the bikes look old-school, they are packed to the brim with modern technologies, making them well-rounded products that are ideal for both beginner and experienced riders alike. 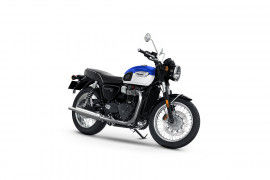 All Comparisons of Bonneville T100