Alpina Gives The BMW X7 A Shot Of Steroid

Deliveries are slated to commence by September this year 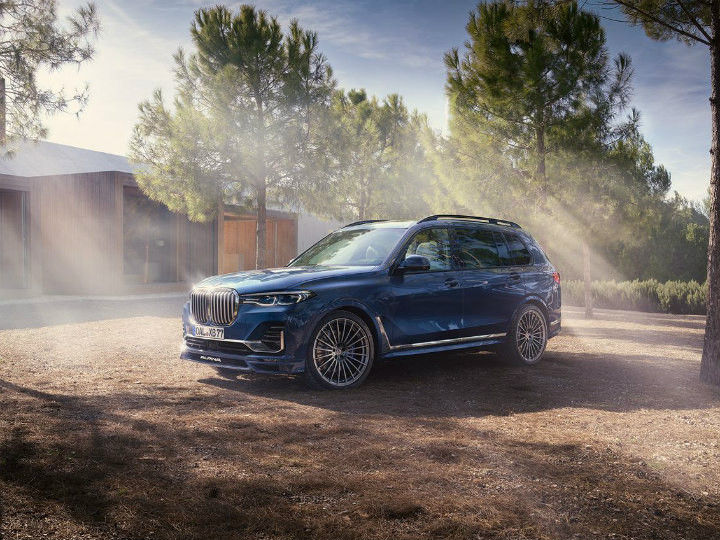 Alpina is well known for dialing BMW cars up a notch, especially under the hood. And now, it has revealed the XB7 SUV that is based on the BMW X7. As is the case with other Alpina models, the XB7 gets a variety of tweaks on the cosmetic and mechanical side.

The main talking point of the Alpina XB7 is of course what’s under the hood. It retains the twin-turbocharged 4.4-litre petrol V8 from the top-spec BMW X7 M50i variant, but produces 621PS and 800Nm. That’s a bump up of 90PS and 50Nm over the standard X7. All this power is sent through an 8-speed ZF automatic transmission and a tuned version of BMW’s xDrive system, giving the souped up SUV a 0-100kmph sprint time of 4.2 seconds and an electronically limited top speed of 290kmph.

The XB7 retains the standard X7’s wizardry such as rear-wheel steering, Brembo brakes, and an air suspension system that adjusts ride height depending on the vehicle’s speed and driving mode.

On the outside, there are cosmetic changes such as a revised front end with larger air intakes, a more aggressive rear bumper, a new exhaust system and a new diffuser and Alpina badging. Aside from the 21-inch wheel, there is also an option for bigger 23-inch wheels with bespoke Pirelli tyres. On the inside, the XB7 is offered in 6 or 7-seater configurations with subtle touches like Alpina logos all around.

Deliveries for the aggressive SUV are slated to begin by September this year. While it is highly unlikely for the XB7 to make it to Indian shores, we still have BMW’s flagship X7 SUV that retails from Rs 92.50 lakh to Rs 1.07 crore (ex-showroom).