The 2020 BMW 5 Series Will Reveal Itself In Two Weeks 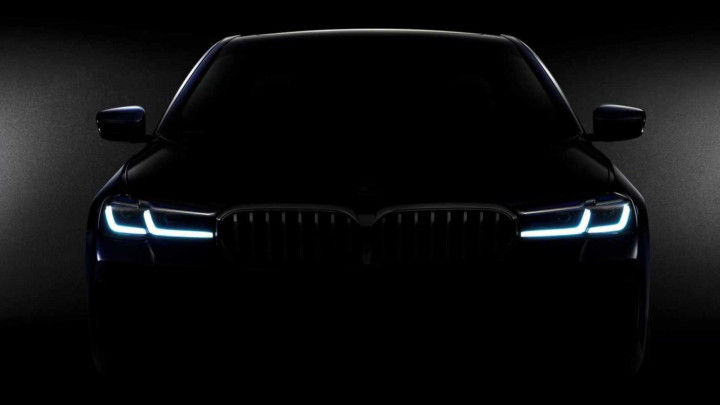 We know what you’re thinking right now: It feels as if the current-gen 5 Series came out just yesterday, right? Sorry, but it’s been 3 years since it first debuted in India. BMW fanatics might be familiar with the term LCI. Life Cycle Impulse, as BMW calls it, is nothing but a fancy term for a mid-life update. But BMW LCIs are important as they bring a whole lot of refinements and additions to their models. Since it's been 4 years since the G30 5 series globally came out, BMW is working on a facelift which will break cover in two weeks.

But we all know what the M Sport variant of the facelifted 5 Series will look like thanks to a previous leak. Now, though, BMW has officially teased the sedan while we also got hold of more leaks. The teased image shows the sedan in a dim lit environment. Although the grille size looks scary in the teaser, we are delighted to report that it is not hideously large like we’ve seen in recent BMW models. Phew.

Moving on, the sedan now looks sharper with all-new headlamps with striking DRLs and a completely redesigned front bumper. The side profile remains more or less the same but the rear features redesigned taillamps and bumpers. That said, the new leaks which showcase the standard non M Sport versions don't look very elegant. You see, we are not fans of the chrome treatment for the front and rear bumper. Apart from these, you will also get a plethora of new alloy wheel options. We just hope BMW still offers the beautiful wheels from the 550i xDrive. The LCI update is also expected to gain some minor cabin revisions.

The previously leaked image you see above is most likely the 530e, which makes use of a 248PS 2.0-litre inline 4-cylinder with an integrated electric motor. There are also rumours that BMW will debut a more powerful 545e. Closer to home, the sedan will most probably carry forward the same set of BS6-compliant engine options:  190PS 2.0-litre diesel, 252PS 2.0-litre petrol, and the 265PS 3.0-litre diesel engine. All these engines come mated to an 8-speed automatic gearbox.