BMW Drives In Its Flagship Grand Touring Duo In India

While the svelte 8 Series Gran Coupe starts from Rs 1.30 crore, the spicier M8 will lighten your bank account by Rs 2.15 crore 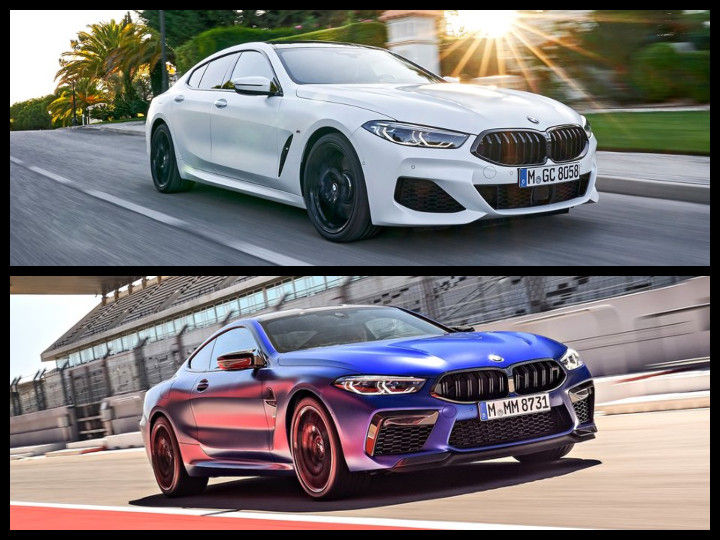 BMW has launched its 8 Series range of cars in India with prices starting from Rs 1.30 crore. The German carmaker will offer the 8 Series in two variants: Gran Coupe (4-door) and M8 (2-door). Both variants will be brought to India as completely built units. Here’s the detailed variant-wise price list:

BMW offers the India-spec 8 Series with two petrol engine options. The Gran Coupe is powered by a 3.0-litre inline-six motor that develops 340PS of power and 500Nm of torque. This motor drives the rear wheels via an 8-speed automatic transmission. The 0-100kmph run is despatched in 5.2 seconds. For more oomph, you should consider the M8, which comes equipped with BMW’s mighty 4.4-litre V8 motor that puts out 600PS and 750Nm of twist. All that force is sent to all four wheels via an 8-speed automatic transmission. That means, the M8 is capable of doing the 0-100kmph run in 3.3 seconds, which is mighty quick!

Another talking point about the 8 Series is its design, especially its jaw dropping silhouette and the flowing lines and creases. The M8 looks sportier thanks to it being a proper two-door coupe. The front-end of both cars looks sharp with aggressively styled kidney grilles and swept back LED headlamps while the rear-end looks tasteful with swept back LED tail lamps. The M8 further adds aggressive bumpers, M-branded alloy wheels, brake callipers and M badging on the front fenders.

Though the interior design of the 8 Series seems familiar, it’s more opulent and premium than BMW’s regular models. The centre console comes with the ever familiar iDrive infotainment system which can be operated by the swivel wheel. Other highlights include a chunky steering wheel and a premium digital driver’s display. BMW will also offer the 8 Series with an array of interior and exterior customisation options to personalise it as per your needs.