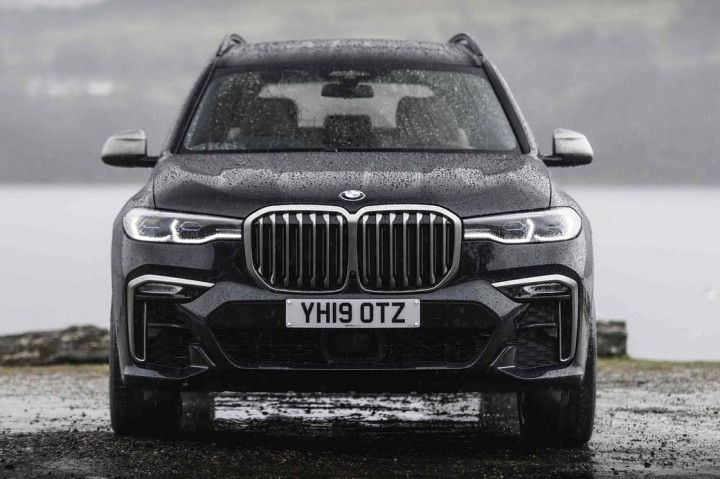 The bonkers M50d is the latest addition to BMW’s X7 range in India, which also consists of the 30d DPE, 30d DPE Signature, and the 40i M Sport. While the 30d variants are assembled in India, the M50d will be brought in as a CBU, priced at Rs 1.63 crore, like the 40i M Sport. Here’s where the M50d slots in the X7 range:

Like all M models, the BMW SUV will feature M Sport exclusives such as brakes with blue calipers and exhaust system. It also features sportier bumpers and a rear diffuser. The SUV now stands on redesigned 22-inch M-branded alloy wheels that do look the part.

More M Sport additions can be seen inside in the form of an updated steering wheel and leather upholstery.

Being the top-spec variant, BMW has loaded the M50d to the gills with goodies such as a 12.3-inch touchscreen infotainment system with Apple CarPlay and gesture controls, a three-part panoramic sunroof, ambient lighting, laser LED headlights, soft-close doors, reclining seats for all three rows, a 5-zone climate control, and a Bowers and Wilkins sound system. If that’s not enough, the car can be customised with additional extras with BMW Individual.

This beast is powered by a 3.0-litre quad turbocharged diesel engine, dishing out 400PS and 760Nm, a full 135PS and 140Nm more than the standard variant! This SUV is no slouch, covering 0-100kmph run in just 5.4 seconds. The M50d drives all four wheels thanks to BMW’s xDrive system through an 8-speed automatic transmission. The car gets a limited top speed of 250kmph.

BMW’s latest addition to X7 line-up will have an exciting rivalry with the upcoming Mercedes-Benz GLS range which will launch on June 17. It will also take on the Porsche Cayenne, Range Rover Sport, and Audi Q8.