What Slowdown? The BMW X7 Is Sold Out Within 3 Months Of India Launch! 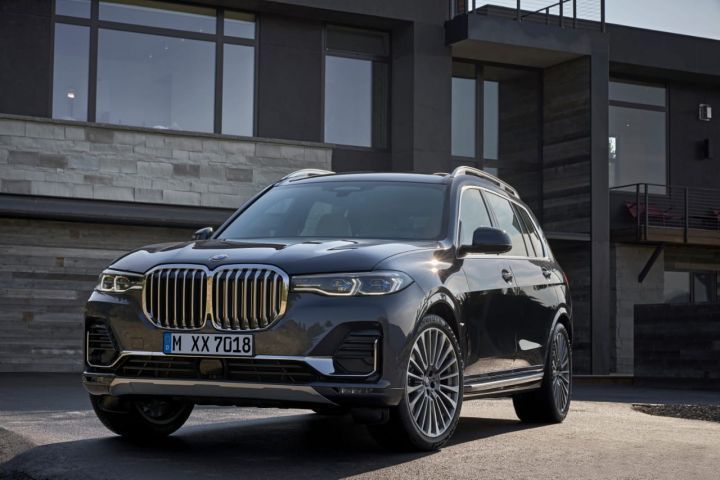 It has been a rather positive festive season for luxury carmakers in India this year. First Mercedes-Benz announced the delivery of 600 units during Dhanteras, and now BMW India has disclosed that its flagship SUV, the X7, has been sold out in India within just three months of launch. This is quite the response considering the current automotive slowdown and also an indicator for what Indian buyers think of the large kidney grille. While the carmaker is yet to reveal sales figures, they have confirmed that deliveries of the flagship SUV will commence from January 2020.

The biggest SUV from the Bavarian carmaker, the X7 is priced at Rs 98.90 lakh for the xDrive40i (CBU) as well as the locally assembled xDrive30d DPE Signature variant. It gets an unmistakably BMW design with the main highlight being the absurdly large kidney grille. It also features a clean rear end design, which comprises slim tail lamps and neat lower bumper design.

Under the hood, the X7 is powered by turbocharged petrol and diesel engines. The petrol variant (xDrive40i) utilises a 3.0-litre six-cylinder turbocharged motor that produces 340PS and 450Nm. This propels the SUV from 0-100kmph in 6.1 seconds. The diesel variant (xDrive30d) makes use of a 3.0-litre six-cylinder turbocharged diesel engine delivering 256PS and 620Nm with a 0-100 kmph run in 7 seconds. Both engines are mated to an 8-speed automatic gearbox and BMW’s xDrive four-wheel drive system.

It is offered in the colors Mineral White, Phytonic Blue, Terra Brown, Black Sapphire, Arctic Grey Brilliant Effect and Carbon Black. Its xDrive40i gets additional color options in the form of Alpine White, Metallic Vermont Bronze, and Sophisto Grey Brilliant Effect. BMW’s flagship SUV will take on the upcoming Mercedes-Benz GLS as its main rival in the Indian market.