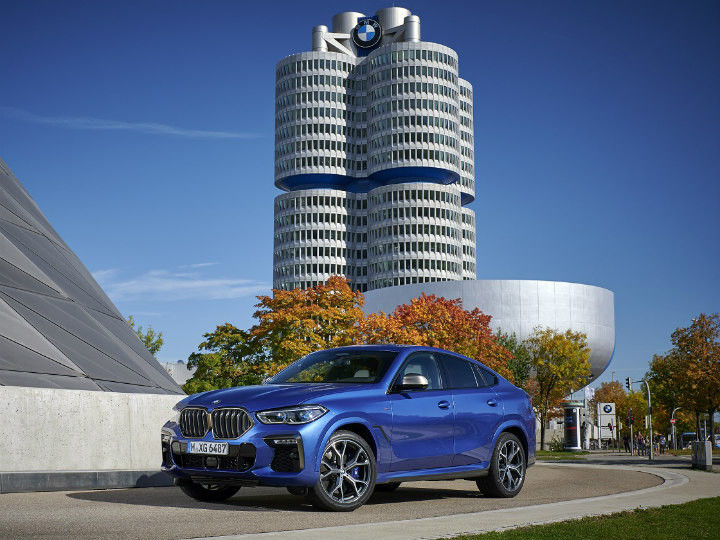 After the global debut of the 2020 BMW X6 back in July 2019, the carmaker has now brought the third-gen SUV-coupe to Indian shores with prices starting from Rs 95 lakh (ex-showroom). At a glance, the new X6 continues with the same design philosophy as its predecessor but it does get some modern BMW touches. It is sold in Msport and Xline variants, both priced at Rs 95 lakh, and comes in via the CBU route.

On the outside, the 2020 X6 looks like an X4 with a growth spurt, with a sloping, coupe-like roofline. Design highlights include the traditionally large kidney grille with illumination option, BMW Laserlight with adaptive LED headlights, aggressive air dams and lip spoiler. It gets four alloy wheel options in 20-inch and 21-inch sizes.

Under the hood, the 2020 X6 is a petrol-only offering, sporting the xDrive40i engine. It is a 3.0-litre inline-six twin-turbocharged petrol motor that churns out 340PS and 450Nm paired to an 8-speed automatic transmission. All this gives the X6 a 0-100kmph sprint in 5.5 seconds and a top speed of 250kmph. Internationally, it is also available with a 4.4-litre twin-turbo V8 petrol (M50i) and an inline-six 3.0-litre twin turbocharged diesel unit in two states of tune (M50d and xDriver30d).

As things currently stand, there is no big coupe SUV in the market except for the 2020 BMW X6. But the 2020 Mercedes-Benz GLE Coupe is expected to debut in India later this year.