Now that Bajaj has officially launched the baby Avenger, here’s everything you need to know about it before you sign that cheque! 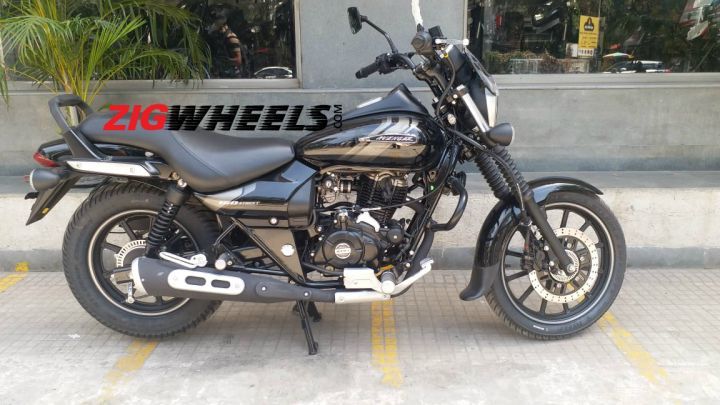 Drops displacement but not much power:

The Avenger Street 160 packs a smaller air-cooled 160.4cc motor. No, this is not the one from the Pulsar NS160. In fact, the external design of the powerplant is similar to the one in the Street 180! We believe this engine is essentially the same as its predecessor but is just under-bored. The powerplant makes 15PS of power at 8000rpm and 13.5Nm of torque at 7000rpm.

This makes the Avenger 160 only 0.5PS and 0.2Nm behind, which is not all that bad considering it loses out on a whole 19.6 cee-cees of cubic capacity! Transmission remains the same 5-speed unit as on the Avenger 180.

Gets a lot of things in common with the Avenger Street 180:

The Avenger Street 160 comes with the same design language as the Avenger Street 180. The sleek oval-ish headlamp comes with an LED DRL and a small flyscreen up top. Just like the earlier model, you get gaiters on the forks in this one as well. The forks themselves are unchanged from the Avenger 180, and so are the dual rear shock absorbers. Even the double-cradle frame remains the same. In typical cruiser fashion, you also get a skinny 90-section front and a fat 130-section rear rubber. Thanks to the alloy wheels, they’re tubeless too.

Bajaj hasn’t fiddled with the bodywork either. That’s not necessarily a bad thing as we feel the styling is just fine in this motorcycle. Only the sticker work sees a small change, apart from the obvious badge swap. The instrument cluster also remains the same analogue speedo unit with a small digital inset for odometer and tripmeter readouts. As usual, the fuel gauge and tell-tale lights are located on the fuel tank.

Gets the safety of ABS:

In order to comply with the new safety norms, Bajaj has equipped the Avenger 160 with single-channel ABS. Interestingly, there’s a wheel speed sensor at the rear too, fitted over the drum brake.

A single-channel unit is a lot less expensive than a dual-channel unit and this helps Bajaj keep the price competitive, an important element for an entry-level cruiser. Also, if Bajaj had offered ABS in the Avenger 180, it would’ve pushed its price too close to the Avenger 220 ABS, so this explains the engine downsizing.

Is the most affordable cruiser in India:

Another interesting fact is that the top-of-the-line Avenger 220 Cruise with ABS costs only Rs 2,529 more than the Intruder! Bajaj clearly has the upper hand as far as market pricing is concerned.

This is the tenth Avenger in Bajaj’s lineup:

While Bajaj’s Avenger sub-brand was born out of the Kawasaki Eliminator, the Indian brand then launched improved versions of it in the subsequent years. Over the Avenger’s generations, there have been nine models so far, including the Street and Cruise variants of the new-gen Avenger 220. This makes the new Avenger 160 the tenth model!

Despite so many generation changes, its basic styling has remained more or less the same since the Avenger’s inception in 2005! It goes to show that people will always love a Harley-like swanky cruiser that’s easy on the pocket!