How Has The Hyundai Alcazar Fared Among The Public So Far? 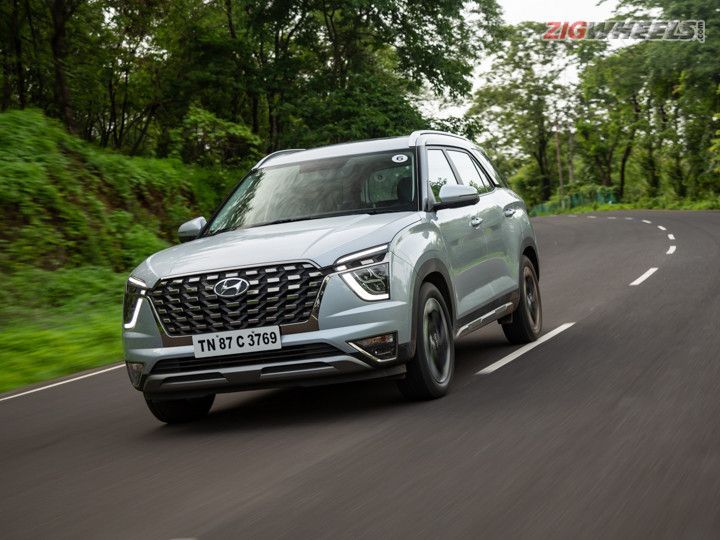 Hyundai launched the Alcazar 6/7-seater SUV in India on June 18, 2021, at prices ranging from Rs 16.30 lakh to Rs 20.14 lakh (ex-showroom), and it got off to a good start with waiting periods of up to two months and over 4,000 pre-launch bookings. Now that it’s been a month since launch, how is the three-row SUV faring in the country? Let's find out.

Well, the Alcazar SUV has garnered over 11,000 bookings within a span of a month! One-third of these bookings are for the top-spec Signature variant that is sold in both petrol and diesel guises at prices starting from Rs 18.70 lakh (ex-showroom).

Interestingly, there’s been a higher demand for the diesel variant that has contributed to 63 percent of the total bookings. The diesel option is a 115PS/250Nm 1.5-litre engine, whereas the petrol offering is a 159PS/191Nm 2.0-litre unit. Both motors can be paired with either a 6-speed manual or an automatic gearbox. It also gets three drive modes (Eco, City, Sport) and three traction modes (Snow, Sand, Mud) in its arsenal.

The Hyundai Alcazar has sold over 5,600 units so far, which is a decent conversion rate when taking into account the 11,000 bookings received in the same period.

These figures clearly show a great momentum for the Hyundai Alcazar and now would be a good time to commit to the SUV if you want to get on the hype train. It rivals other three-row SUVs such as the Tata Safari and MG Hector Plus.