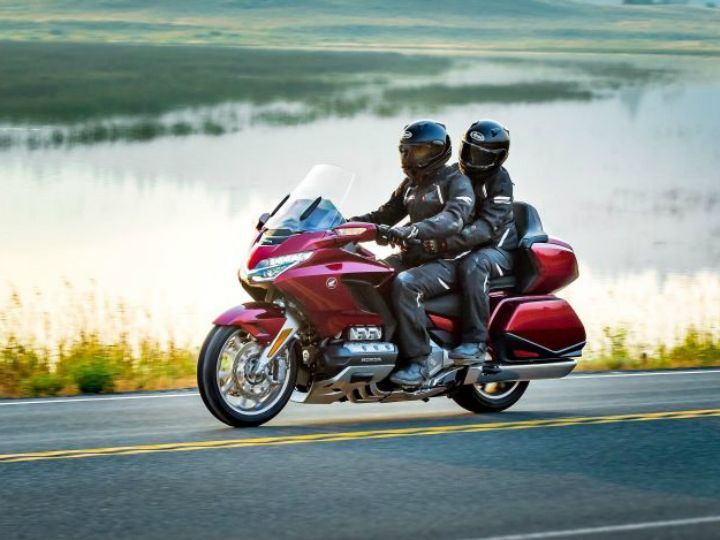 Honda Motorcycle & Scooter India Pvt. Ltd. has launched the all-new 2018 Gold Wing in India. The flagship Honda motorcycle for the Indian market has been priced at Rs 26.85 lakh (ex-showroom Delhi). The pricing for the new bike is similar to the older model despite the addition of many features! The Honda Gold Wing will be offered in two variants in India - Gold Wing and the Gold Wing Tour - and it will be available only in Candy Ardent red shade. The Goldwing Tour has been priced at Rs 28.49 lakh and gets extra features like trunk, heated seats, electronic rear suspension preload and traction control.

Honda Wing World dealerships in Mumbai and Delhi have begun accepting bookings for the 2018 Gold Wing. Deliveries are set to commence from early 2018 onwards. The Honda Gold Wing is among the oldest motorcycles (more than four decades in production) that the Japanese two-wheeler giant produces and is a popular motorcycle among bikers who love to munch miles in comfort. The highlights of the 2018 Honda Goldwing include the newly-developed, horizontally-opposed 6-cylinder engine, 7-speed DCT and Honda’s original double wishbone front suspension.

Like the Honda Africa Twin, the Gold Wing also gets a DCT (Dual-Clutch Transmission). This means that you can ride the humongous two-wheeler in full automatic mode like a scooter or change gears using buttons without the hassle of using a clutch. In addition to reverse, it also features a “Walking” mode, which will be a boon while parking the Japanese behemoth. Powering the Honda Gold Wing is a new 1,883cc, six-cylinder engine that delivers 126PS at 5500rpm, up from 119PS. It produces a generous torque of 170Nm at 4500rpm, an increment of 3Nm when compared to its predecessor.

There’s a new ride-by-wire throttle and four riding modes - Tour, Sport, Econ and Rain. Apart from this, the new Honda Gold Wing also gets Honda Selectable Torque Control (traction control), hill start assist, electronically-adjustable suspension, ABS and cruise control. Being a Gold Wing, it needs has a slew of features such as a 7-inch TFT flat-screen full-colour display, keyless ignition, electronically-controlled windscreen, music system, heated grips and seats, and even an air-bag as an option! The 2018 Honda Gold Wing also gets Apple CarPlay Integration (first for any motorcycle) and all-LED lighting.

The new Honda Gold Wing is lighter by a massive 40kg (379kg - kerb weight) in comparison to the older model and the Japanese two-wheeler giant claims it is the narrowest Gold Wing to ever go on sale. Honda says the new double wishbone front suspension has improved the centre of gravity of the bike thereby bettering its handling dynamics. The Honda Gold Wing competes against the BMW K1600 B, Indian Roadmaster and the Harley-Davidson Street Glide.