Designed to work on the Gold Wing, the two-camera setup will be installed in the front fairing of the tourer 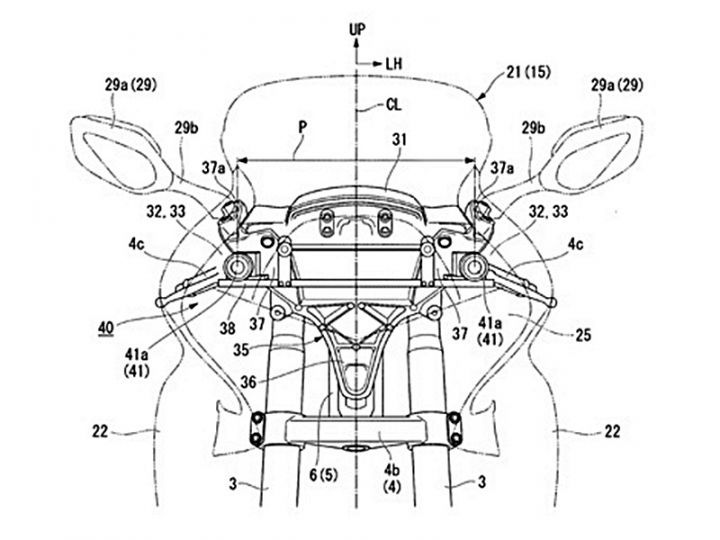 For long, Honda’s Gold Wing was the only bike to be equipped with an airbag. And if you thought that’s still not enough to keep you safe in the event of a crash, how about a system that will help you avoid the said crash in the first place? Well, that’s exactly what Honda seems to be working on based on these leaked patent images. The Japanese behemoth is set to equip its couch-on-two-wheels with a crash avoidance system similar to automatic emergency braking systems seen on modern cars. For this, the Gold Wing will be equipped with two cameras on its front fairing as seen on the image above.

The two cameras will be set far apart from each other and at different angles to produce a stereoscopic image. In simpler words, the onboard intelligence unit will create a 3D view of the road ahead and detect objects, vehicles or pedestrians that might stray into your path. If the system detects a crash, it will engage safety measures such as reducing the speed or flashing warning lights to alert the rider. We’ve seen similar systems at work in Honda’s cars such as the CR-V and the Civic sold in international markets. Called ‘Honda Sensing’, this tech is designed to alert the driver if it detects any obstacle that has strayed into the path of the car.

While this system is definitely handy out on the highway, where rider fatigue and loss of concentration are major issues, we’re not sure about how practical it will be in everyday situation like bumper-to-bumper traffic within the city.

We’ve seen a lot of development in the rider safety tech over the years. Companies like KTM, Ducati and BMW have already started developing their own safety assistance system that rely on radar-based technology.

While Honda’s new system sounds promising on paper, it remains to be seen how it’ll perform in real-world conditions. The good news is we only have to wait till October to find out as Honda is expected to showcase the updated Gold Wing equipped with this technology at the 2019 Tokyo Motor Show.