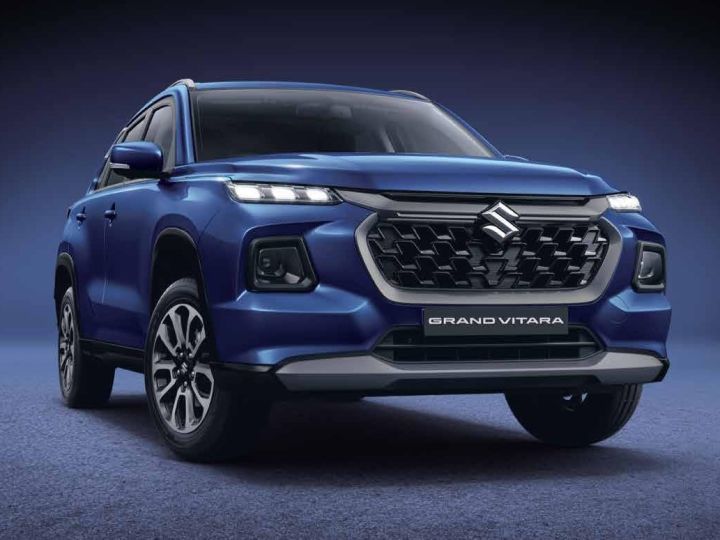 The compact SUV space in India is a tight one, and it’s about to get even more so with the launch of the Maruti Grand Vitara by the end of September. That’s two weeks after the prices for its cousin, the Toyota Hyryder, will be revealed. Maruti’s new flagship has already garnered more than 50,000 bookings, and that’s just for the strong-hybrid variant.

Marutis are no stranger to a mild-hybrid powertrain. We’ve seen it paired with a four-cylinder 1.5-litre petrol unit (103PS/137Nm) on the XL6 and the new Brezza, and it will now be offered with the Grand Vitara as well. But, it’s the strong-hybrid technology that’s grabbing all the attention. Developed by Toyota, the strong-hybrid tech coupled with the three-cylinder 1.5-litre petrol mill churns out a combined 116PS. Nothing over the top, but that’s not the party trick. That would be its claimed fuel efficiency of almost 28kmpl, which makes it the most frugal in its segment, alongside the Toyota Hyryder. Maruti will also be offering an all-wheel drivetrain on the mild-hybrid unit in the top-spec Alpha trim.

In a literal sense, the Maruti Grand Vitara has an abounding list of features that includes a bunch of firsts for the brand. A panoramic sunroof, digital driver’s display, and quilted leatherette upholstery are some of the new additions, along with the mainstream features like a nine-inch infotainment system, ambient lighting, and wireless phone charger. Its safety prowess is backed up by up to six airbags, ABS with EBD, a tyre pressure monitoring system (TPMS), hill-descent control, and ISOFIX child seat anchors.

The Maruti Grand Vitara will foray into the highly-competitive compact SUV space. Pricing will be instrumental to its success, and we reckon Maruti could price it from Rs 9.5 lakh (ex-showroom) onwards, with the top-end trims going for around Rs 19 lakh (ex-showroom). It will fend off competition from its cousin, the Toyota Hyryder, and other compact SUVs like the Kia Seltos, Volkswagen Taigun, MG Astor, Hyundai Creta, and Skoda Kushaq.