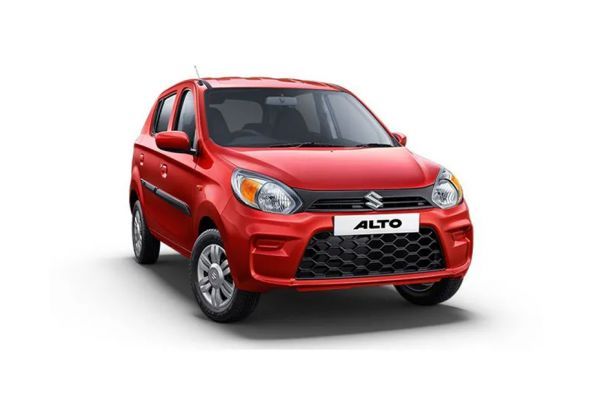 Maruti Suzuki has launched BS6 CNG variants of the Alto hatchback in India. The carmaker claims a fuel economy of 31.49km per kg. Maruti Suzuki has also announced a 0 to 4.7 per cent hike in the Alto's prices. LXi and LXi (O) S-CNG variants now cost Rs 4.33 lakh and Rs 4.36 lakh, respectively. These prices are Rs 27,000 higher than the BS4 variants of the compact hatch. Over the standard variant, the LXi trim features air conditioning, full wheel covers, and front power windows. LXi (O) costs Rs 3,600 more than the LXi but adds a passenger airbag.

On November 26, Maruti Suzuki announced that the Alto had sold over 38 lakh units since its launch. Maruti updated the Alto with a revised fascia and a BS6 engine in April 2019, a year before the new BS6 norms kick in.

Maruti Suzuki had launched the updated version of the Alto in India in April 2020. The hatchback receives some styling revisions, especially at the front which now features an all-new grille and a redesigned bumper. Powering the Alto is the same 796cc, 3-cylinder engine which makes 47PS/69Nm of torque. Safety features include a reverse parking sensors, a driver airbag, a speed alert system and seatbelt reminder for both front occupants along with ABS and EBD. The tops-spec VXi variant even gets a front co-passenger airbag as standard while it is optional on other variants. The updated Alto is available in three variants with prices starting from Rs 2.93 lakh (ex-showroom Delhi).