rvmp_forum_ask_car_owner,rvmp_faqs,rvmp_popularity_vote,rvmp_qna,rvmp_tab_mmv_slideshow
×
×
Listening… Didn’t get that
Speak Car or Bike Name

Have a question in mind? 1 Lakh+ answers from Owners & Experts

Get Answers from Experts & Owners

Didn’t find the question you were looking for? Ask Your Question
Search your question about Pulsar 220 F E.g - Which variant of Pulsar 220 F is best to buy?
× 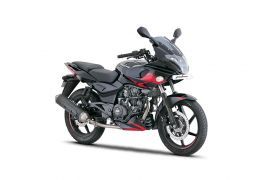 Q. I am planing to buy SZRR but in Bangalore haven't seen much bikes. Will I regret for buying the same. My usage will be daily 25 KMS (office to and fro) and for weekend to take my kids and wife. We have a car for entire family going out. Honda Shine etc looked more common and not inclined to it much. Please advise.

Q. Which is better scooter to purchase in terms of mileage and safety?

Q. I am looking for a bike for daily commute of 30 kms and occasional tour of 200kms once in two months with comfortable ride, less vibration and safety features, also it should be comfortable for second rider.

Q. My requirements are 40 Kms per day commute in city and an occasional long distance journey of about 200 Kms. I am looking at safety, mileage and comfort. Please suggest the best bike that will do the job.

Q. Which is the best bike under 1 lakh?

Q. Which is the best scooter for ladies?