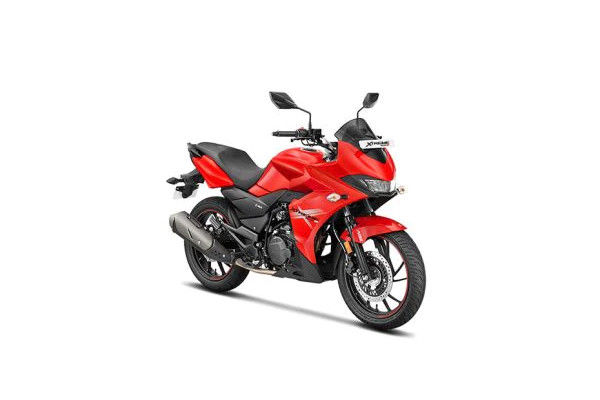 Along with the XPulse range, Hero has launched a new fully faired variant of the Xtreme 200R called the Xtreme 200S at Rs 98,500 (ex-showroom Delhi). Underneath the faired body, it is essentially the Xtreme 200R. Powering the motorcycle is the same 199.6cc air-cooled engine as seen on the Xtreme 200R. The motor generates 18.4PS of power and 17.1Nm of torque, paired to a 5-speed transmission.

Stopping power comes from a 276mm disc at the front and 220mm disc at the rear with single-channel ABS offered as standard. Suspension duties are taken care of by telescopic forks up front and a 7-step preload adjustable monoshock at the rear. The Xtreme 200S is loaded when it comes to features.

It gets LED lights at the front and rear, a fully digital instrument cluster with Bluetooth connectivity for turn-by-turn navigation, and more. In terms of rivals, the Xtreme 200S goes up against the Suzuki Gixxer SF and the Bajaj Pulsar 220F.

Hero Xtreme 200S is going to launch in India with an estimated price of Rs. 1 Lakh

Is Hero’s latest full-faired offering a proper spiritual successor to the original Karizma that we’ve all been waiting for?