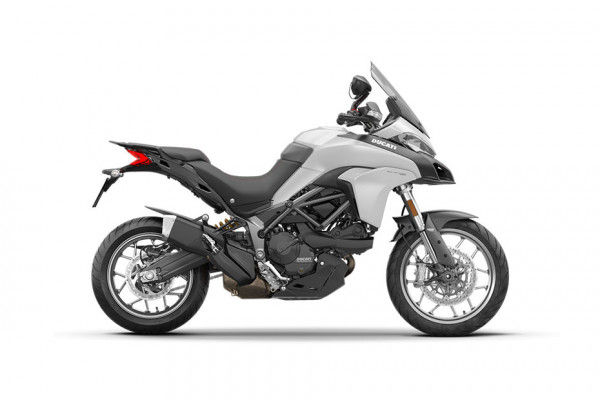 Alert me when launched Ask A Question
Multistrada 950 Colors
rvmp_n_gpopup

The Ducati Multistrada 1200 is among the most impressive motorcycles that we have ridden and among the best sports tourers on sale globally. Despite its performance and versatility the bike faced one big problem and that was its size which intimated lot of bikers. To address this issue, Ducati rode in the new Multistrada 950 which promises to offer what its elder sibling delivered but in a much tighter and compact package. The new motorcycle also offered Ducati another benefit which is to cut down the asking price and we expect the new Multistrada 950 to be priced around Rs 11.5 lakh (ex-showroom, Delhi).

The styling of the sports tourer is same as that of the Multistrada 1200 with its beaky-face and it carries forward the imposing stance. The instrument console is an all-digital LCD unit that has been loaded to the brim with data but isn’t TFT like its elder sibling. Powering the sports tourer is the same 937cc liquid-cooled Testastretta L-twin which does duty on the Ducati Hypermotard 939. The twin-cylinder motor develops 115PS and 96Nm of peak torque while the mill is also Euro 4 emission norm compliant.

Ducati engineers have worked hard to improve the reliability of the engine and service interval stands at an impressive 15,000km or one year. The Italian bikemaker hasn’t skimped on electronic aids as the adventure tourer gets equipped with four riding modes (Touring, Sport, Urban and Enduro), Ducati Safety Pack, which includes the latest Bosch 9.1 MP ABS with 3-level adjustment and 8-level Ducati Traction Control. The above system can also be completely customised by the rider. Saddle height is high though at 840mm and it isn’t adjustable.

Ducati Multistrada 950 is going to launch in India with an estimated price of Rs. 12.84 lakh

It loses one cup of displacement and some equipment, but does that make this the lesser Multi or the better Multi?