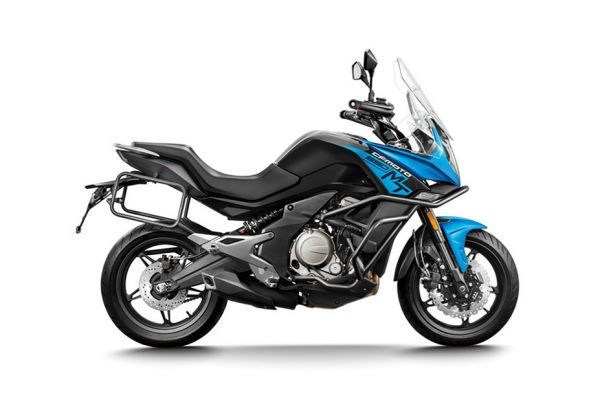 Along with the 650NK, CFMoto has also launched its adventure tourer variant, the 650MT, in India. At Rs 4.99 lakh (introductory ex-showroom price), the adventure tourer is Rs 1.7 lakh more affordable than its competitor, the Kawasaki Versys 650. The road-biased ADV has been launched alongside the 650NK, 650GT and the 300NK. This adventure tourer features a large windscreen, alloy wheels and USD forks that lend it comfortable ergonomics. The 649.3cc, liquid-cooled, parallel-twin engine makes 70PS of power at 8,750rpm and 62Nm of torque at 7,000rpm, and is mated to a 6-speed gearbox.

What is the price of CFMoto 650MT?

Does the CFMoto 650MT have ABS?

Which is better CFMoto 650MT or Kawasaki Versys 650?

What is the EMI of CFMoto 650MT in Delhi?

What are the colours available in CFMoto 650MT?