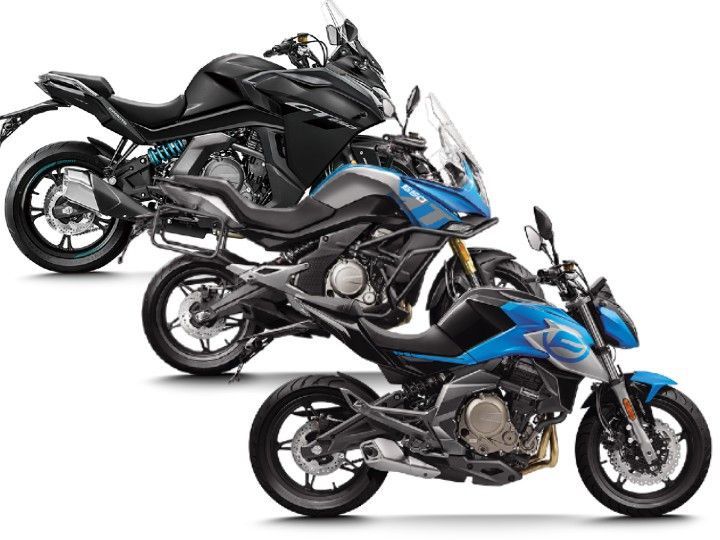 After a long hiatus, CFMoto India is back and it has commenced bookings for its BS6-compliant 650cc lineup: the 650NK, the 650GT, and the 650MT. Since major cities across the country are currently under lockdown, customers will have to make bookings through its website for a token amount of Rs 5,000. The online form also lets you choose the colour option for your preferred motorcycle.

The Chinese giant has already teased the 650NK and the 650GT on its social media handles, hinting at their imminent launch. We expect the 650MT to follow suit soon. Given the pandemic situation, CFMoto may launch all motorcycles via an online event, possibly by month-end.

The three bikes are based on the same platform but they serve vastly different purposes. The 650NK is a streetfighter-type naked offering, apt for city duties as well as fun rides. It competes with the Kawasaki Z650.

The 650MT, on the other hand, is a rugged ADV offering featuring extensive crash protection, a fancy adjustable USD fork, and a tall stance. While the Kawasaki Versys 650 is its direct rival, it also takes on the Benelli TRK 502 and the Honda CB500X.

Last but not the least, we have the 650GT meant to eat highways for breakfast. It is easily the most premium bike of the lot, with features such as a 5-inch TFT with different layouts, a 12V outlet, a USB charging port, and a manually adjustable visor. The flagship CFMoto offering in India locks horns with the Kawasaki Ninja 650.

The NK, MT, and GT were available in the BS4 era for Rs 3.99 lakh, Rs 4.99 lakh, and Rs 5.49 lakh respectively (all ex-showroom). Going by excellent pricing for the BS6 300NK (check it out in our story), the 650s could see a marginal premium over their old asking prices.  At those prices, the CFMotos will be the most affordable big bikes in our country.