Castrol claims that its Power1 Ultimate fully synthetic oil is better than the competition in five critical areas. We find out what they are 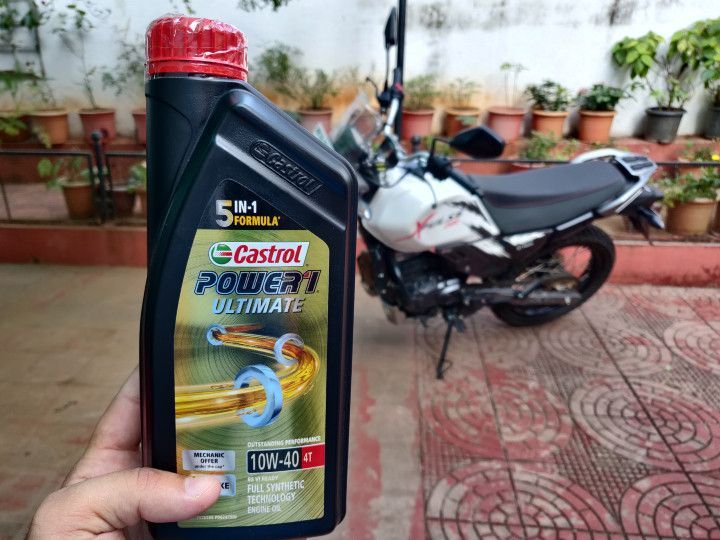 When it comes to engine oils, there are very few companies that have the heritage and range of products as Castrol does. The British oil-making company has several motorsport titles to its name, both on two and four wheels. The brand has been present in India for a long period of time, often found sponsoring cricketing events apart from motorsport ones. But who can blame them right, cricket is after all the best way to make your presence known in India.

Back to oils and Castrol has brought along the new Power1 Ultimate fully synthetic oil for two-wheelers. Owners of Triumph motorcycles (Castrol is its official engine oil partner), and other big bike owners who have switched to the British brand, have a fair knowledge of how beneficial Castrol engine oils have been in providing the necessary protection and lubrication of their prized beauties. With the new range of Power1 series oils, the fully synthetic technology is being made accessible to the masses. And Castrol claims that the Power1 Ultimate is better than its competition in five critical areas.

Castrol came to the above conclusions about its oil after running several tests on a Kawasaki Ninja ZX-6R. Compared to a rival brand, the Ninja was found to be:

Putting These Claims To The Test
My daily rider, our long-term Hero XPulse 200, is due for its second service. I have already clocked 3,350km on it, which is in the 3000-3500km service interval period. Castrol was kind enough to lend us two litres of Power1 Ultimate 10W-40 oil for the XPulse. Hero recommends you put 10W-30 standard oil into the XPulse’s 199cc mill. However, the 10W-40 should work out just fine. It costs Rs 594 a litre in this grade, which is just a couple of hundred bucks more than other fully-synthetic oils, like Gulf Powertrac 4T we are testing on a KTM 390 Duke. Over the course of the next few months, we should have a better understanding of how the engine oil performs, as I intend to put in a couple of highway stints soon. Stay tuned for a couple of months.