The BMW 2 Series Gran Coupe is going to be the most affordable way to get into the BMW sedan family. But does it pamper and reward you as a Bavarian should? 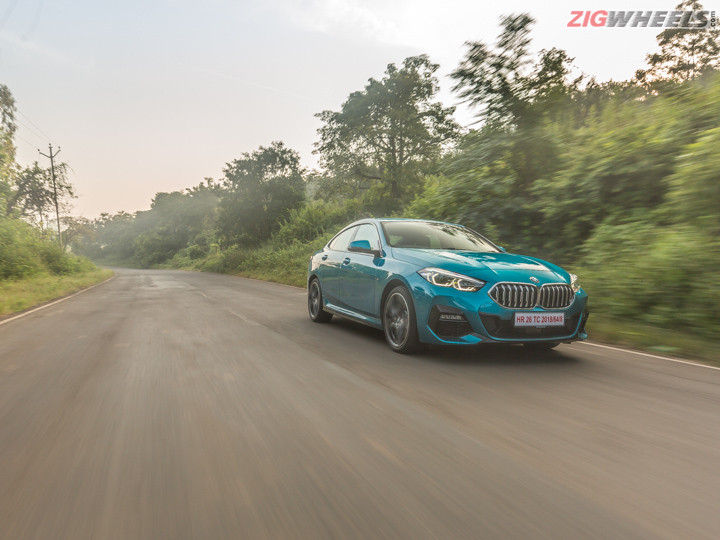 Luxury cars are something we all dream of buying because they pamper you with their quality and are extremely rewarding to drive. So, if you're in the market to buy a luxury sedan but at the tightest budget possible, the 2 Series Gran Coupe will definitely get your attention. But does the smallest BMW pamper you and reward you as a Bavarian should?

Well, at least in terms of design, the 2 Series Gran Coupe feels anything but budget. If you drive this car up to a five-star hotel lobby, people will definitely notice the beautiful 18-inch alloys on this M Sport variant and when you open the door to step out, the frameless windows on all four doors will also make a huge statement. What also helps the car stand out in profile is its size. It is much smaller than the BMW 3 Series and shorter than even the Honda City. Combined with the swooping roofline, the 2 Series Gran Coupe looks more like a Hot Wheels concept!

From the rear, the 2 Series looks very unBMW like. In fact, the tail lamp design reminds you of newer Lexus cars. However, even here, BMW is clearly trying to make a statement. Even the twin tailpipes might fool you into thinking there is a big petrol engine under the hood but, in fact, it’s a diesel.

Now, coming to the most controversial bit: the new kidney grill. We think it looks just fine here and goes really well with the rest of the design. The chiselled hood and the aggressive-looking LED headlamp design give the car a mean and angry look. So, the 2 Series Gran Coupe is really attractive on the outside, but what about the inside?

If you are upgrading to a luxury brand, you would be a bit sceptical about the 2 Series considering it is the most budget friendly and also the smallest BMW sedan you can buy. But as soon as you step inside, the interior quality will blow you away. You get soft touch materials not only on the dash but also on the door pads. All the touchpoints feel proper BMW. There’s been no compromise on build quality either and it feels as solid as a Bavarian car should. It's not only the quality on the inside that is similar to the 3 Series, even the dash design is identical.

In terms of cabin design, the 2 Series feels more like a boutique hotel -- compact, cosy and thoughtfully executed. The digital instrumentation, for instance, is rather clear and easy to read. You get all the vital information such as satellite navigation and trip computer right under your nose.

Now, let's talk about the infotainment. Sure, it's screen size is not the biggest but as always, the iDrive system is crisp and simple to use. You can even use gesture control and if you find that gimmicky, you have a physical knob and buttons which make it easy to use while on the move. If that is not enough, the display is a touchscreen and even the passengers at the back can also control it via voice commands.

When it comes to features, the 2 Series in this M Sport variant is well loaded. You get a massive panoramic sunroof, a wireless charging pad, power front seats with memory function for the driver, reversing camera with dynamic guidelines, and wireless Apple CarPlay which is really cool. But what's not so cool, however, is the lack of Android Auto compatibility even when you connect your phone via a USB cable. What further gives you a 5-star lounge experience is the ambient lighting that is beautifully woven inside the panels on the dash as well as the door pads.

The 2-Series gets all the safety equipment you expect from a car in its class. You get six airbags, ESP, cornering brake control, and ISOFIX child seat mounting in the back seat. What we feel is missing, however, are front parking sensors, a surround view camera, and autonomous driving features such as lane keep assist, emergency braking and adaptive cruise control that you now get on cars like the new MG Gloster.

In the M Sport variant, you get powered front seats with memory function, an adjustable seat base for better under thigh support as well as adjustable side bolsters. Thanks to these features, the fronts seats are really comfy and finding an ideal driving position is rather easy.

Clearly, BMW has focused a lot on the front seats, unfortunately, that isn’t the case in the back. For a 6-foot tall person, the headroom is cramped despite the scooped-out roof liner. Even the knee room is just about enough. So, if you’re going to be chauffeur-driven, it would make more sense to extend your budget and go for the 3 Series instead. That's not to say that the rear bench is unusable. If you are under 5 foot 10″, you'll find the rear seats comfortable thanks to the generous under thigh support. Despite the compact proportions, the quarter glass at the back and the massive panoramic sunroof ensure an airy ambience.

Coming to the luggage space, at first, the boot seems a bit small and shallow but that is because of the space saver, which is neatly tucked away under the boot floor. The boot itself is well shaped but the opening is a tad narrow which can make loading big bags a tricky affair. What helps make the boot practical, however, is the 60:40 split-folding rear seats. (Although the 2 Series’s brochure mentions that the rear seat folds in a 40:20:40 split, in practice when you fold the left side of the bench, the centre armrest also goes down with it, which makes it a 60:40 split folding rear seat.)

This car is powered by the same 2-litre diesel engine that you get in the 320d. We were expecting a detuned version of the motor considering it is going to be cheaper. But to our surprise, BMW hasn’t done that! You get the same 190PS of power and 400Nm of torque which makes this car quite entertaining to drive. It is also helped by a quick shifting 8-speed torque converter gearbox which feels quick, be it while upshifting or downshifting and combined with the potent engine, it makes for a really fun car!

This engine and gearbox are not only good at going fast. When you tone it all down, it feels surprisingly calm and easy to drive. Thanks to the torque from the engine, you can easily keep up with the traffic and when you want to make a quick overtake, you just have to dab on the throttle and the car responds beautifully.

You get three drive modes. There is Eco Pro to save on fuel efficiency by coasting when you go off the throttle, which can be switched off if you want some engine braking. Then, you have Comfort and Sport modes. Even in the sportiest setting, the car never feels jerky or snappy, in fact, it is perfectly usable for everyday driving. We couldn’t test this car, but the claimed figures of 7.5 seconds for the 0-100kmph sprint and the top speed of 233kmph is totally believable.

So, does the 2 Series Gran Coupe pamper you once you are on the move? Well, for such a sporty-looking BMW sedan it feels surprisingly comfortable. It takes most of our Indian road surfaces really well, but on the downside, you do hear some suspension noise which warns you to back off a bit. This is actually a good thing, especially on the M Sport variant considering it is shod with low profile tyres and if not driven with caution, you could easily damage those beautiful 18-inch rims.

So the 2-Series proves to be comfortable but does it reward you on a twisty road? Well, the first clue that you get is the tautness from the suspension which on the right road, makes this car feel so special. Of course, if you compare it to the 3 Series, which is a rear-wheel drive, you will be a bit disappointed. The 2 Series doesn't feel as pure. But as a front-wheel-drive car, this manages to put a wide smile on your face. The steering feels precise which helps you place the car exactly where you want it on the road and because this car feels so stable, it encourages you to carry a lot of speed into corners. The only limiting factor is the Bridgestone tyres. As you push hard, they start protesting a bit too early.

Prices for the BMW 2 Series Gran Coupe start at Rs 39.3 lakh for the Sport-Line variant and go all the way up to Rs 41.4 lakh (ex-showroom) for this M-Sport trim. This makes it around Rs 3 lakh cheaper than the BMW 3 Series’ corresponding diesel variants. Sure, the difference isn’t much, but in comparison to the 3 Series, this little bimmer doesn’t feel like a compromise in terms of design or quality and is almost as premium. The interiors feel rich and the overall ambience makes you feel really special. To top it off, it is well kitted out too. When it comes to everyday driving, it is easy to live with and on the right road, it has the potential to put a wide smile on your face. Of course, it isn’t perfect. The compact size makes it good only for a young family and on our Indian roads, you will have to drive it with a bit of care. Other than that, when it comes to pampering you and rewarding you, this car sure strikes an exciting balance.