Currently, BMW only offers the 220d diesel engine for the 2 Series Gran Coupe 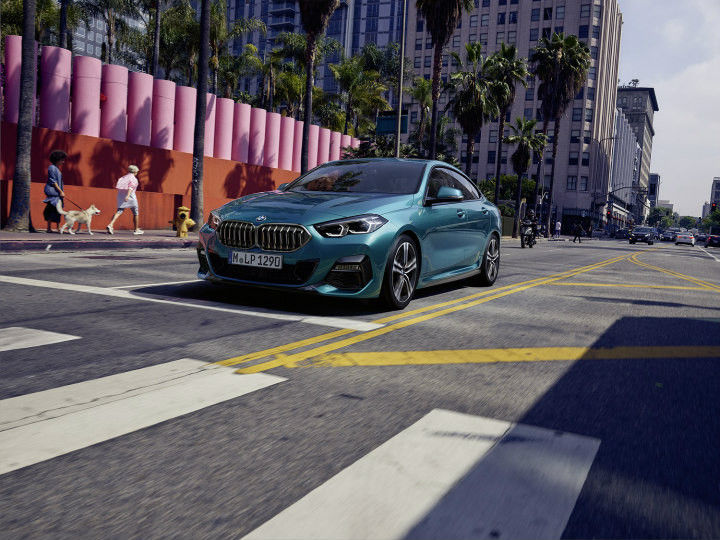 BMW India recently launched its latest entry-level sedan, the 2 Series Gran Coupe, at introductory prices starting from Rs 39.30 lakh (ex-showroom). While the sedan does treat you with a sporty stance and premium creature comforts, we have one gripe. Well, the sedan was launched with only the 220d 2.0-litre four-cylinder diesel engine pushing out 190PS and 400Nm.

Thankfully, the carmaker has confirmed that petrol variants will be added to the lineup. Question is, which petrol engine will be plonked into the sedan? Various petrol options are offered globally. Here’s all of them in detail:

We start off with the least powerful petrol engine in the 2 Series Gran Coupe lineup. It's a 1.5-litre three-cylinder turbo mill that makes 140PS of grunt and 220Nm of twist. Instead of the 8-speed steptronic automatic transmission and all-wheel drive, the 218i is paired to either a 6-speed manual or a 7-speed DCT automatic transmission with front-wheel drive. All this gives the 218i variant a 0-100kmph sprint time of 8.7 seconds. This engine is unlikely to be added to the India-spec 2 Series Gran Coupe.

Next up is the 228i XDrive variant which utilises a 2.0-litre four-cylinder turbo unit delivering 228PS and 350Nm, which is a hefty jump in performance. The 8-speed steptronic automatic gearbox and all-wheel drive translate to a faster 0-100kmph sprint time of 6 seconds. This is the variant that’s most likely to be introduced in the India-spec 2 Series Gran Coupe.

Heading to the most powerful petrol variant of the lot, the M235i xDrive is powered by a 2.0-litre turbo mill that produces 306PS of power and 450Nm of torque. Power is sent to all four wheels via an  8-speed steptronic automatic gearbox for a 0-100kmph sprint time of  4.8 seconds. Unfortunately, the India-spec 2 series Gran Coupe will not receive this model.

We still do not have a timeline for the introduction of a petrol-powered BMW 2 Series Gran Coupe, but we expect it by the end of this year or by early-2021. Until then, it will go up against the Mercedes-Benz A-Class Limousine and Audi A3.