Top 5 Highlights Of The New Hayabusa

The third-gen ‘Busa has plenty to be excited about 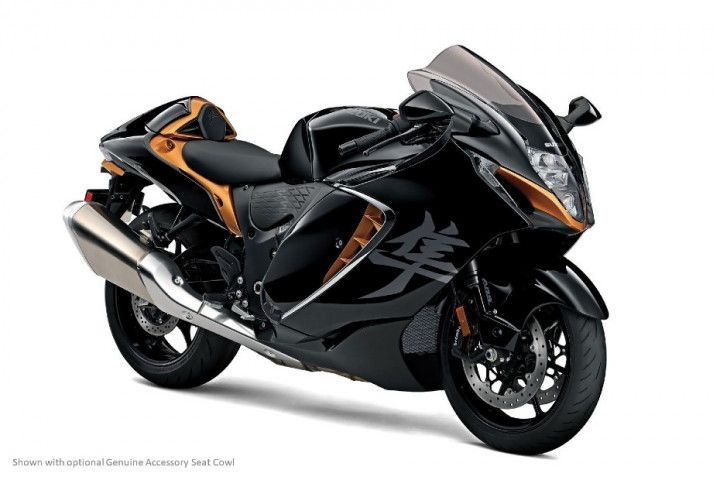 Suzuki recently unveiled the third iteration of the Hayabusa and in many aspects, it is a big step-up from the previous model. The teaser left everyone with butterflies in their stomachs and wondering what was coming. Since the cat is finally out of the bag now, here are the top five highlights of the 2021 Suzuki Hayabusa.

The Suzuki Hayabusa had remained unchanged for a long time and even fanboys will accept that it was time for an update. Lucky for us, Suzuki did exactly and the new Busa looks pretty modern now, thanks to the LED lighting, split tail lamp, integrated indicators and the revised bodywork. Not just modern, the Hayabusa also looks sharper and radical.

The Busa’s instrument cluster with its twin-pod layout was among the most loved clusters in the industry but like the aesthetics, it was high time for an update. The 2021 Hayabusa gets a brand-new instrument cluster while retaining its excellent layout. It now gets a TFT display in between the two analogue dials. The TFT shows tonnes of information like rider modes, traction control, ambient temperature, and lean angle. To toggle through these, the switchgear is updated too.

Also Read: A Closer Look At The 2021 Suzuki Hayabusa Through Detailed Images

A major highlight of the 2021 Hayabusa has to be its sophisticated electronics package. With 10 levels of traction control, six-axis IMU, six rider modes, wheelie control, and engine braking control, the Busa’s packed to the brim. It also gets a bi-directional quickshifter, hill hold control and launch control.

Neither the Busa crosses the 200PS mark, nor it gets the speculated 1440cc engine bump, then why is this a highlight? Because the 1340cc engine now complies to Euro-5 norms and has plenty of changes under the skin. It might not be very impressive on paper, but Suzuki claims it to be smoother, easier to live with, punchier and more efficient, thanks to tweaks to its pistons, cam profiles and combustion chamber. Suzuki claims the updated motor returns 14.9kmpl.

There’s plenty to notice under the 2021 Busa’s skin. The fully adjustable suspension setup appears similar to the previous model but Suzuki has tweaked the internals so that the bike returns more grip and adapts better to road conditions. Along with this, the Busa now gets Bridgestone S22 rubber as standard. The riding triangle also sees a revision as the handlebar now sits 12mm closer to the seat, which Suzuki claims increases comfort. To top it all off, the 2021 Hayabusa comes standard with Brembo Stylema callipers along with twin 310mm discs up front.