Sleeker, sharper, and probably slower than before, the legendary Hayabusa is back in its third generation 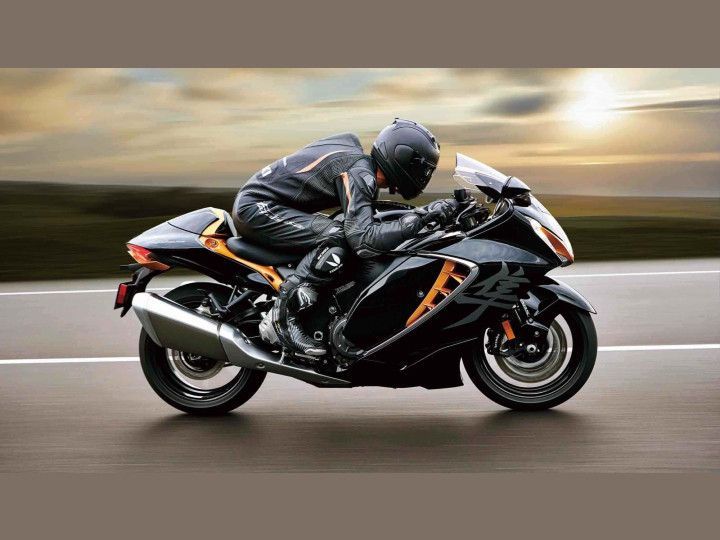 The word ‘legend’ gets thrown around a lot, usually unjustifiably. But in the world of motorcycles, even haters can’t deny that the Suzuki Hayabusa is an absolute legend. A legend built on pushing the boundaries of what’s possible, on redefining how fast motorcycles can go. After a little emission norms-induced hiatus, the legend is now back in its 3rd generation, as the 2021 Suzuki Hayabusa.

The only thing harder than building the fastest bike in the world is backing it up with a second generation. And the only thing harder than that is keeping things interesting with a third generation. The third time is not the charm, it seems, for the Hayabusa. For 2021, the bike has Euro 5 rules to blame for its loss of 10PS and 5Nm, down to 190PS and 150Nm. While stricter emission norms are inevitable, we’re a little disappointed that Suzuki didn’t experiment with things like forced induction or at least a bump up in displacement to try and keep power and torque figures the same, if not more.

After all, the ‘Busa doesn’t line up on the World Superbike grid. Its natural home is the dragstrip, and this drop in engine output is going to hurt it there. Especially since the weight is only down by a rather insignificant 2kg, to 264kg. It’s not like the power and torque have become any more usable either: peak power arrives 200rpm later than before, while peak torque kicks in 200rpm earlier.

What does make the motor more manageable, though, is the comprehensive new electronics suite that Suzuki has thrown in. IMU-assisted lean-sensitive traction control and ABS are a big step up, considering the previous bike didn’t have any traction control system at all. Also new for 2021 are wheelie control, launch control, engine-brake control, and a bi-directional quickshifter. To make those highway miles that much more convenient, this new ‘Busa gets cruise control, and the handlebars have been moved 12mm closer to the rider.

While it may not accelerate as quickly as before, it will most likely stop quicker than before, because Suzuki has spared no expense in the braking department. Top-of-the-line Brembo Stylema callipers bite down on twin 320mm discs up front. Suspension has remained largely the same, with minor internal tweaks for incremental improvements.

For a bike that has built its entire reputation on ludicrous straightline speed, we’re disappointed to see the direction that the Hayabusa has taken for 2021. Hopefully ,once Suzuki is done celebrating its MotoGP championships, it’ll churn out a more interesting ‘Busa next year, something that pushes the envelope the way its predecessors did. For now, the new bike has been priced at GBP 16,499 or Rs 16.45 lakh in the UK, and we expect it to arrive in India as a CBU at around Rs 20 lakh to 22 lakh (ex-showroom).