Yamaha has patented the name WR155 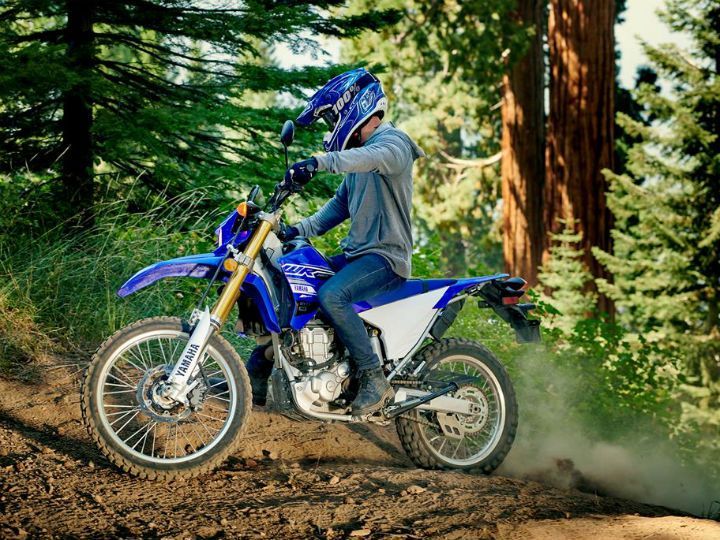 Yamaha has filed a patent for the name “WR155”. For the uninitiated, the WR range of motorcycles caters to the cross country and dual purpose two-wheeler segment. Recently, Yamaha launched the XSR155 in Thailand, a neo-retro bike based on the YZF-R15 Version 3.0. Connecting the dots, it could very well be possible that the WR155 could come with the R15 V3’s engine, just like the XSR 155.

At present, the smallest bike in the WR range which Yamaha offers is the WR250R. A smaller dual-purpose bike could help garner more sales, especially in Southeast Asian countries like Indonesia where there is a huge scope for low-capacity enthusiasts’ motorcycles. Interestingly, the WR250R is sold in Indonesia via the CBU route whereas the R15 V3 is made there. It will make sound business sense if Yamaha manufactures or assembles the motorcycle via CKD kits in the country so that it can be priced more competitively.

To give you a perspective, the WR250R costs IDR 97,000,000 (around Rs 4.86 lakh) while the R15 V3 starts from IDR 35,760,000 (around Rs 1.79 lakh). So expect the WR155 to cost an equivalent of around Rs 2.5 lakh in Indonesia if it is sold via the CKD route. Since Yamaha has just patented the name of the bike, expect to catch a glimpse of the bike only next year. It is unlikely that Yamaha will launch the bike in India as the ADV segment here isn’t as matured as other Southeast Asian markets.

The engine is likely to be tuned for more bottom-end grunt to suit the character of the motorcycle. In the faired bike, the 155cc single-cylinder liquid-cooled engine with Variable Valve Actuation makes 19.3PS at 10,000rpm and 14.7Nm at 8500rpm. It is paired with a 6-speed slip-assist gearbox.

The bike is likely to use the same aluminium semi-double-cradle frame as the WR250R, and could use a traditional long-travel fork instead of inverted units seen on its quarter-litre brother. The rear could use a preload adjustable linked monoshock and the bike is likely to roll on bigger front and smaller rear spoke wheels shod with dual-purpose tyres. Would you like to see this bike in India? Let us know in the comments!